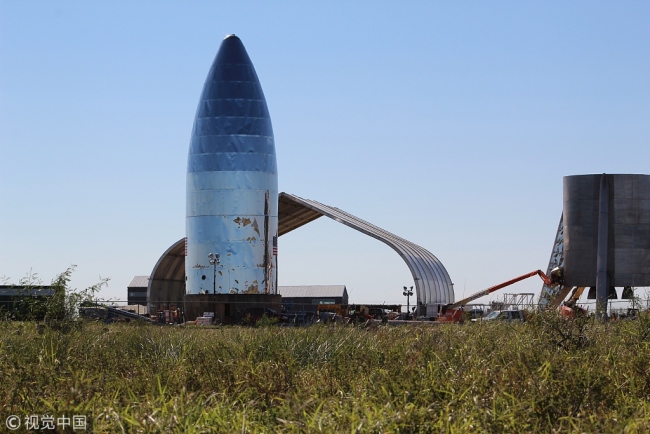 The Starship Hopper is under construction in Boca Chica, Texas. (Photo: VCG)

SpaceX CEO Elon Musk has unveiled the final mock-up picture of the company's Starship hopper. Musk, unveiling the design via twitter, said "Starship test vehicle under assembly will look similar to this illustration when finished. Operational Starships would have windows."

The old name of the starship was Big Falcon Rocket (BFR). However, Musk declared the name change via twitter in November.

The BFR was designed for people to travel to Mars. Now, SpaceX plans to use it for sending passengers around the moon in the future.

Musk says testing of the new rocket design is likely to start next month.

A formal launch of the new rocket is expected sometime in March or April.