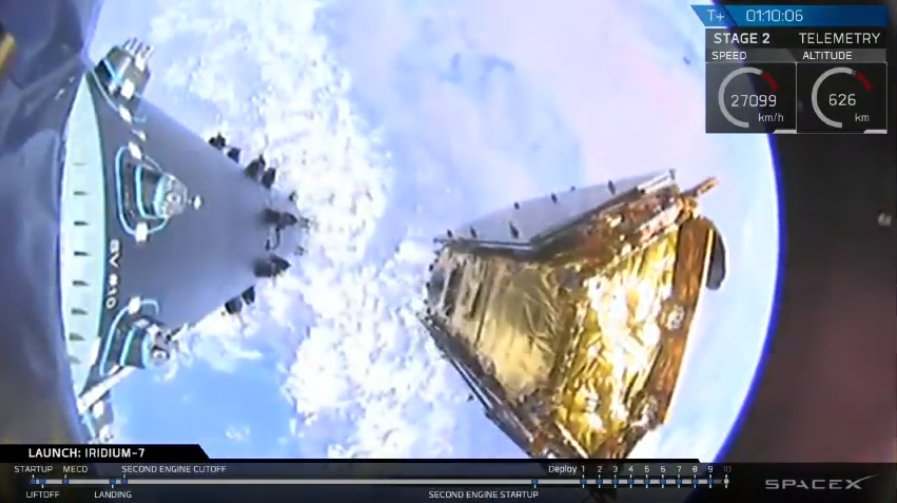 A Falcon 9 rocket blasted off from the Vandenberg Air Force Base at 4:39 am PDT (1139 GMT), carrying 10 Iridium NEXT satellites for Iridium Communications, an American company providing satellite communications.

About 7.5 minutes later, the first stage of the rocket successfully landed on a droneship stationed in the Pacific Ocean.

Wednesday's mission, called Iridium-7, is to put the seventh set of satellites in a series of 75 satellites altogether that SpaceX will launch for Iridium's next generation global satellite constellation.

Iridium CEO Matt Desch says the NEXT satellites are faster and the voice calls sound better. They also carry equipment capable of tracking ships at sea and in the future will be able to track aircraft anywhere in the world.