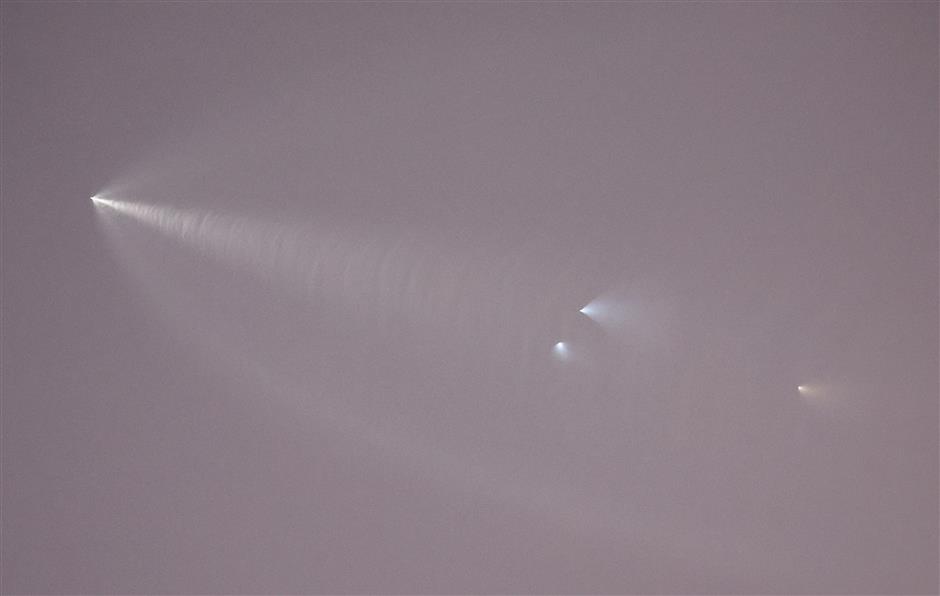 The SpaceX Falcon 9 rocket rises ahead of the rocket's vapor trail after launching from Vandenberg Space Force Base carrying 53 Starlink satellites as seen on October 27, 2022, in Los Angeles, California.

A Falcon 9 rocket lifted off at 6:14pm on Thursday Pacific Time from the Space Launch Complex 4E at the Vandenberg Space Force Base in California.

Following the launch, SpaceX confirmed the Starlink satellites were deployed.

Falcon 9's first stage landed on the Of Course I Still Love You droneship, which was stationed in the Pacific Ocean, according to the company.

This was the eighth launch and landing for this Falcon 9 first stage booster, said SpaceX.

Starlink will deliver high-speed broadband Internet to locations where access has been unreliable, expensive, or completely unavailable, according to SpaceX.