A prototype of the future giant SpaceX rocket Starship - which the company hopes will become its go-to for Mars missions - crashed in a fiery explosion during a test launch along the Texas coast on Wednesday. 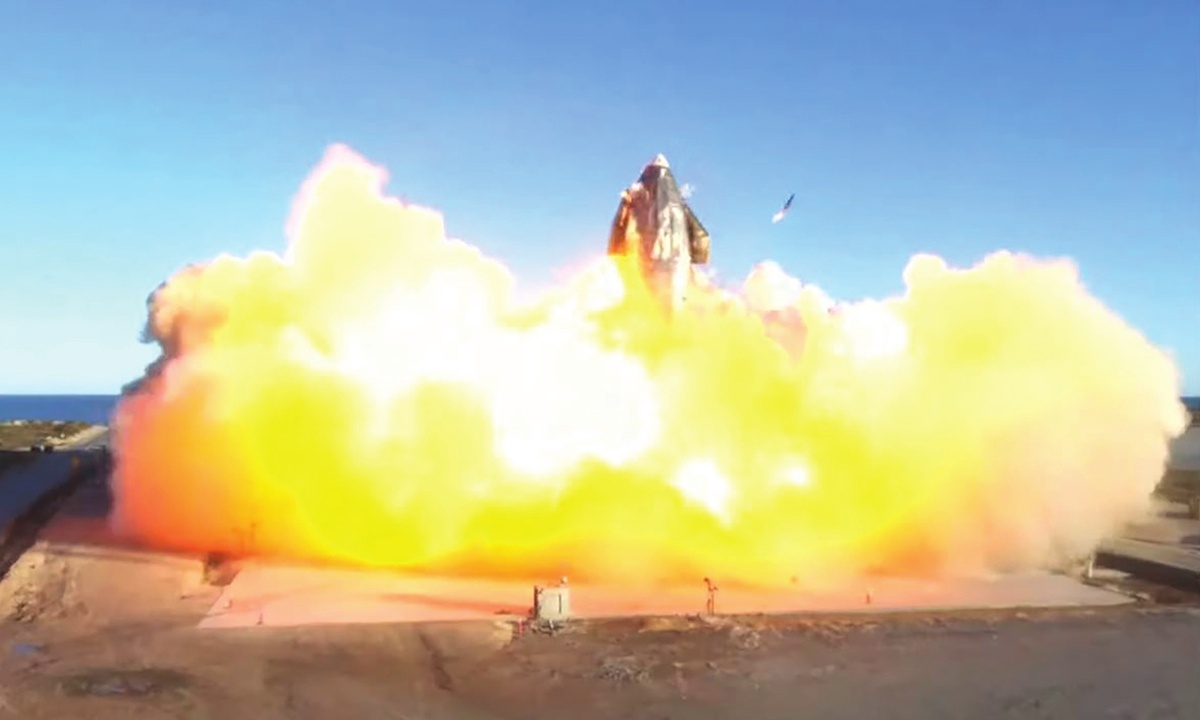 But the company line was upbeat as a livestream of the launch displayed the on-screen message "AWESOME TEST. CONGRATS STARSHIP TEAM!"

"Mars, here we come!!" SpaceX founder Tesla's Elon Musk tweeted just minutes after the flight, explaining that a too-fast landing speed was to blame for the crash.

He recounted the successful parts of the rocket's short late afternoon trip: the take-off, the change of position in flight and its (pre-explosion) precise landing trajectory. "We got all the data we needed! Congrats SpaceX team," he tweeted.

Wednesday's test launch took off and ascended properly in a seemingly straight line, before one and then another of its engines went out. After four minutes and 45 seconds of flight, its third engine extinguished and the rocket began its descent in its expected position. The engines were restarted just seconds before landing in an effort to slow the ship, but it crashed hard into the Earth.

Smaller prototypes have already blasted off several hundred meters into the air for less than a minute as part of a series of tests aimed at developing the next generation of rockets from the company at lightening speed.

The test flight was planned to check the huge metal body of SN8 (Starship number 8) and its three engines for their aerodynamism, including during the ship's return to the Earth - which happens vertically, in the same vein as SpaceX's pioneering Falcon 9 rocket.

"With a test such as this, success is not measured by completion of specific objectives but rather how much we can learn, which will inform and improve the probability of success in the future as SpaceX rapidly advances development of Starship," a statement on the company's website said, implying even before the launch that an explosion or crash would not mean a failed mission.