WASHINGTON, May 23 (Xinhua) - US private space company SpaceX launched its first batch of 60 Starlink satellites into space on Thursday, in an effort to build a 12,000-strong satellite network capable of providing broadband internet services. 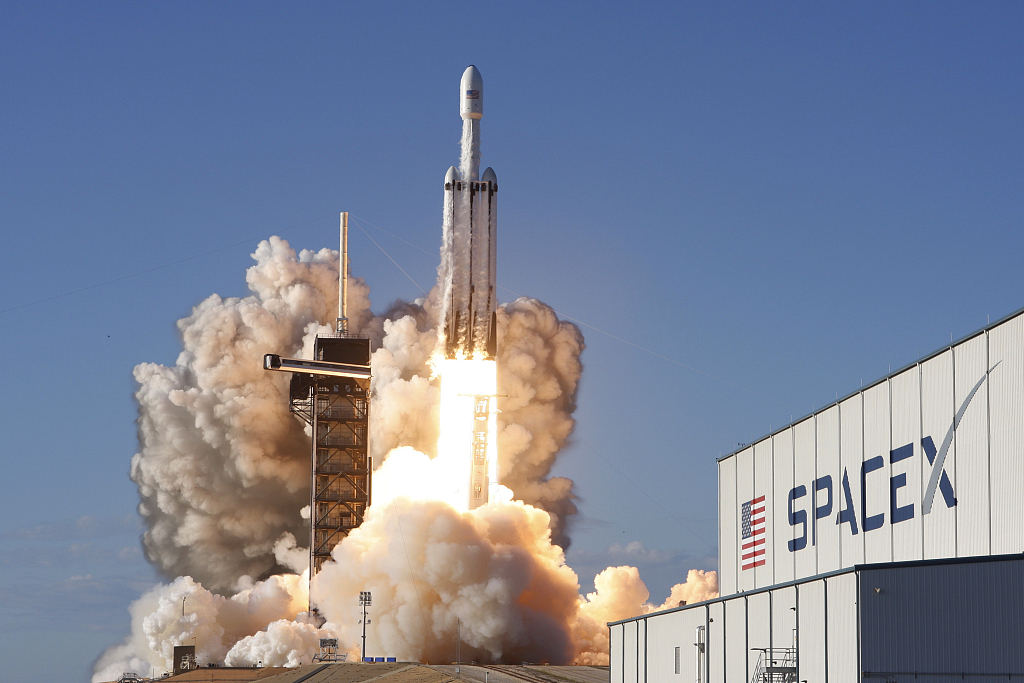 SpaceX designed Starlink to connect end users with low-latency and high-bandwidth broadband services by providing continual coverage around the world using a network of thousands of satellites in low Earth orbit, according to the company.

Approximately one hour and two minutes after the liftoff, the Starlink satellites began deployment at an altitude of 440 km, according to the SpaceX live broadcast.

The satellites will then use onboard propulsion to reach an operational altitude of 550 km, SpaceX said.

The satellites are equipped with star tracker navigation systems that allow SpaceX to pinpoint the satellites. They are also capable of tracking on-orbit debris and autonomously avoiding collision, according to SpaceX.

SpaceX founder Elon Musk said on a tweet that about 400 satellites will be needed to provide "minor" coverage and 800 for "moderate" coverage. The constellation is expected to grow to about 12,000 satellites by 2024.