A SpaceX rocket took off from Florida's Cape Canaveral on Thursday night carrying Israel's Beresheet spacecraft, which aims to make history twice: as the first private-sector landing on the Moon, and the first from the Jewish state. 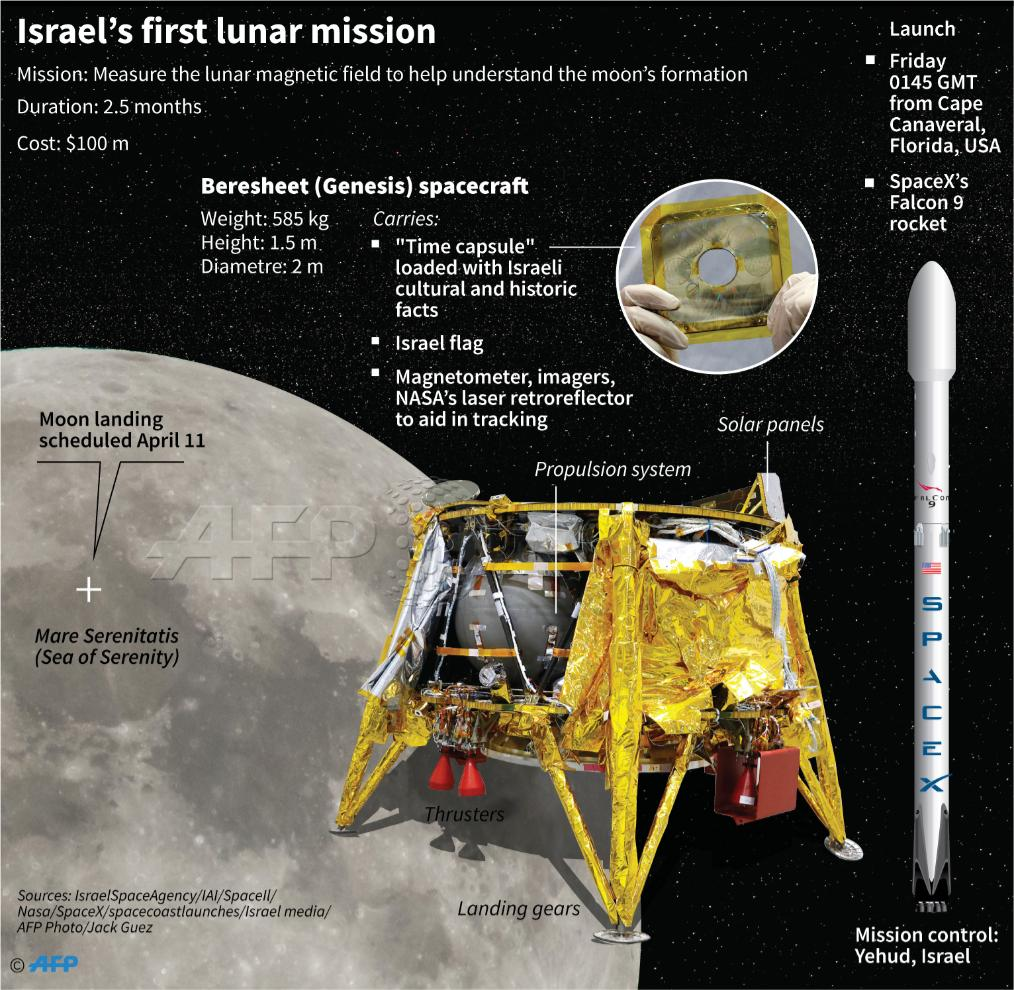 The start of the flight went smoothly, with the first stage entry burn completed uneventfully less than three minutes after lift-off.

The Moon landing is scheduled for seven weeks' time, on April 11.