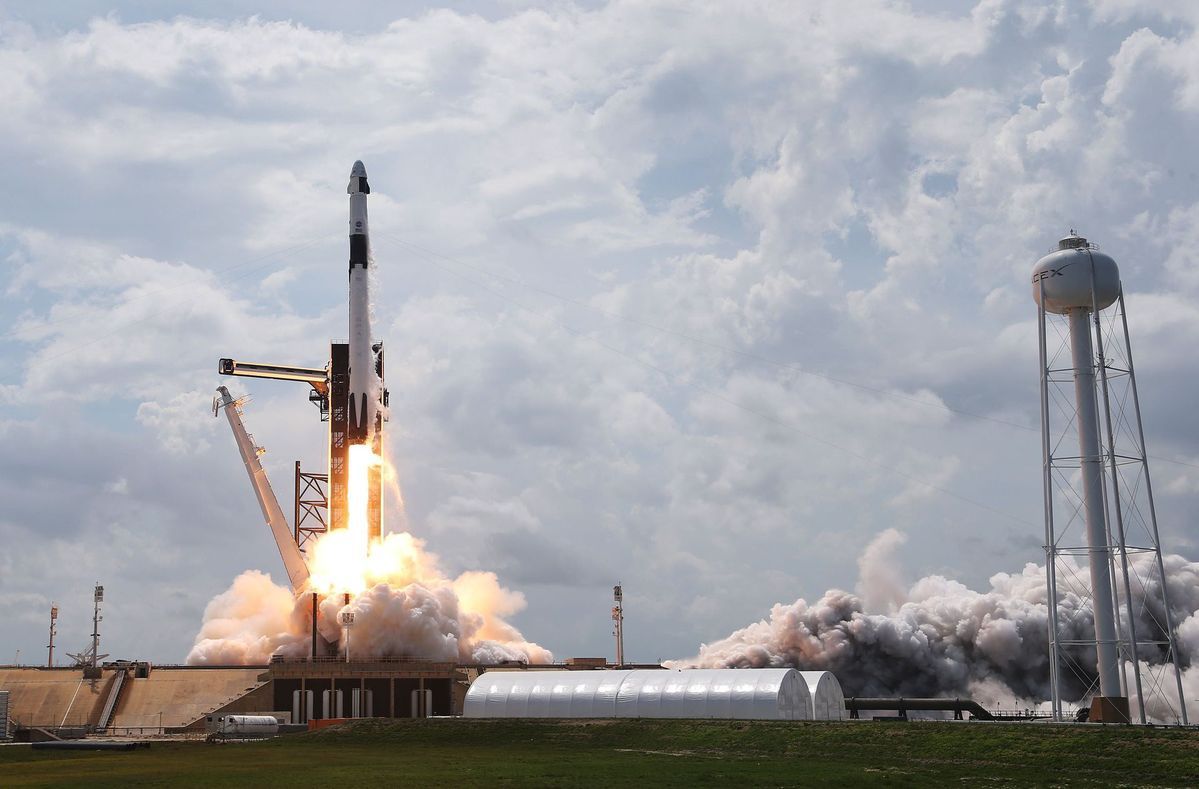 The SpaceX Falcon 9 rocket with the manned Crew Dragon spacecraft attached takes off from launch pad 39A at the Kennedy Space Center in Cape Canaveral, Florida on May 30, 2020. (Photo: Agencies)

The first stage previously supported the Telstar 18 VANTAGE mission in September 2018, the Iridium-8 mission in January 2019, and two separate Starlink missions in May 2019 and in January 2020, according to SpaceX.

Starlink will deliver high-speed broadband internet to locations where access has been unreliable, expensive, or completely unavailable, according to SpaceX.

The company's internet service will be available in the northern United States and Canada at some point this year, with global coverage planned for 2021.