Spain has registered its first cases of a coronavirus variant believed to be particularly infectious that emerged in Britain, Madrid's regional government said on Saturday. 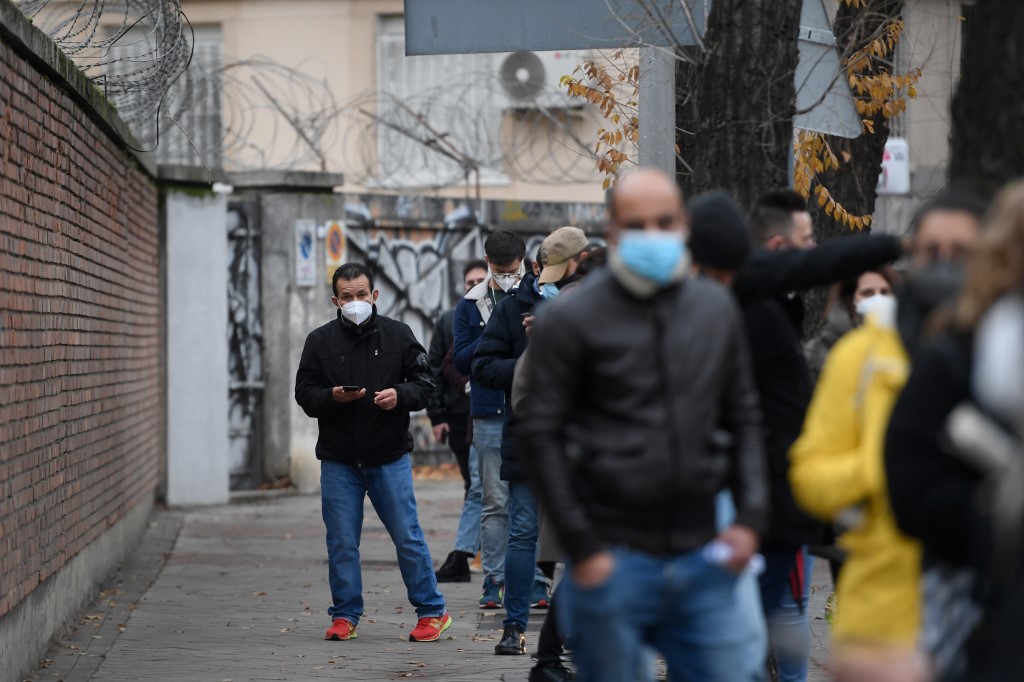 People wearing face masks queue to get tested for COVID-19 outside a private lab for clinical analysis in Madrid on December 21, 2020. (Photo: AFP)

The region said four cases had been detected involving people who had recently arrived from the UK or had close contact with someone who had.

The father, mother and sister of a young man who arrived in Madrid by plane last week have tested positive for the coronavirus variant, it added.

The young man is suspected to have the new variant as well but Spanish authorities are waiting for the results of a polymerase chain reaction PCR test to confirm this.

The fourth confirmed case of the new variant involves a man who arrived in Madrid on December 20 on another flight.

"The patients are not seriously ill, we know that this strain is more transmissible, but it does not cause more serious illness," Madrid regional deputy health chief Antonio Zapatero told a news conference.

"There is no need for alarm."

There are another three suspected cases of the coronavirus variant but the results of tests will only be available on Tuesday or Wednesday, Zapatero said.

The new strain of the virus has prompted more than 50 countries including Spain to impose travel restrictions on the UK.

Madrid has banned all entries from the United Kingdom except for Spanish nationals and residents.

France and Italy have also already confirmed cases of the new variant, while the World Health Organization reported that nine cases have been detected in Denmark and one each in the Netherlands and Australia.

British Prime Minister Boris Johnson has said the new viral strain "may be up to 70 percent more transmissible than the original version of the disease".