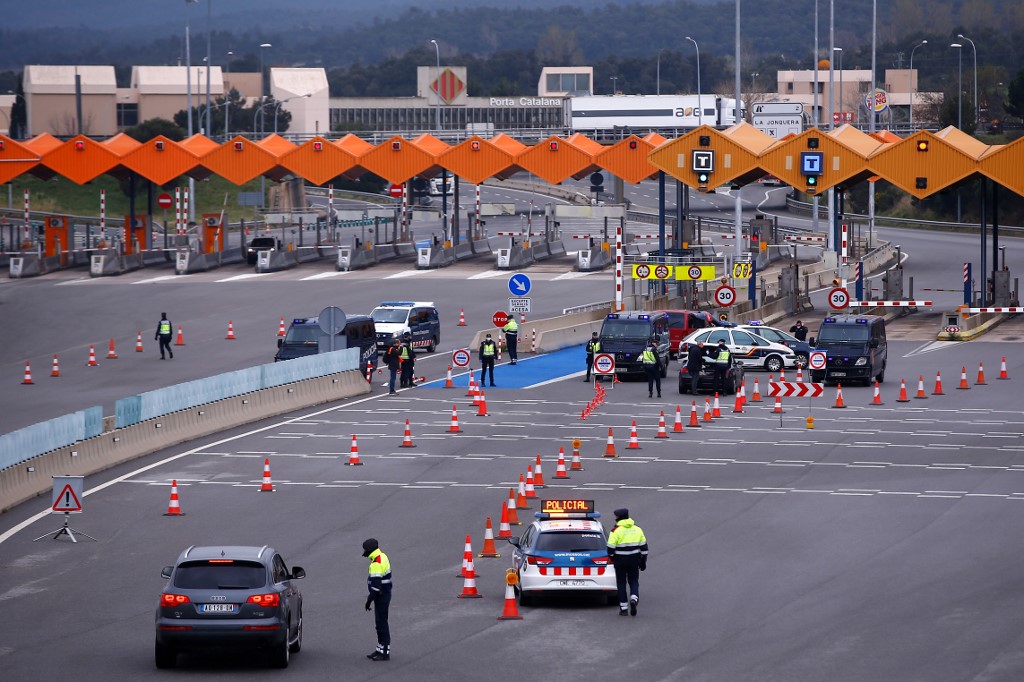 Spanish national police officers and members of the Catalan regional police force Mossos d'Esquadra man a checkpoint near tolls at the La Jonquera crossing between France and Spain on March 17, 2020. (Photo: AFP)

The coronavirus death toll in Spain surged to 2,182 after 462 people died within 24 hours, the health ministry said on Monday.

The death rate showed a 27-percent increase on the figures released a day earlier, with the number of confirmed cases of COVID-19 rising to 33,089 in Spain, one of the worst-hit countries in the world after China and Italy.