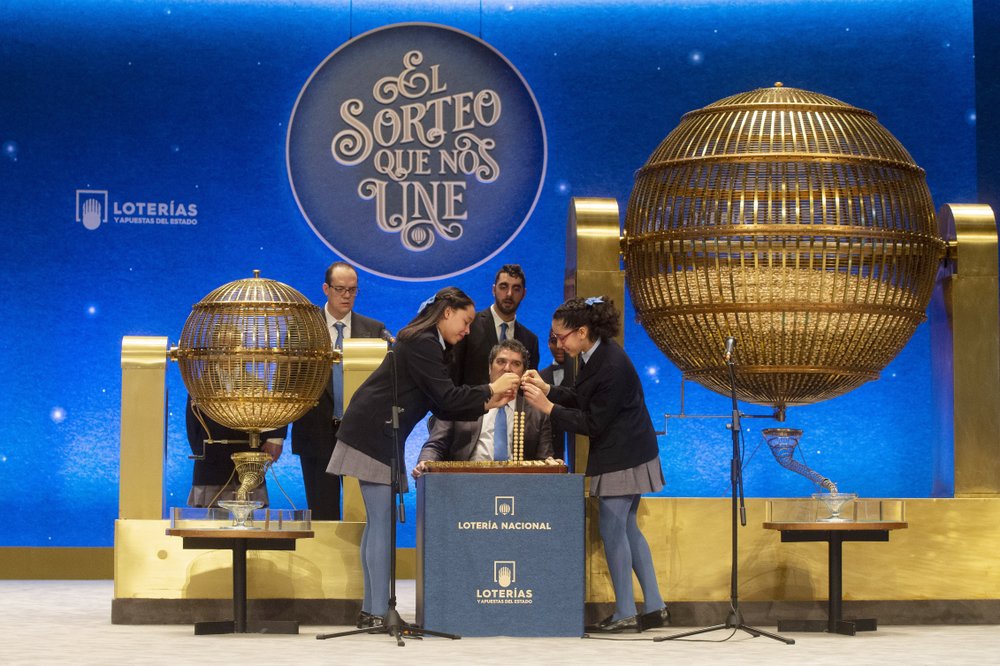 The lucky holders of ticket number 26590 struck it rich in Spain on Sunday when they won the top prize in the nation’s bumper Christmas lottery.

The incredibly popular lottery dishes out a total of 2.24 billion euros ($2.43 billion) in prizes this year, including lots of smaller prizes.

Other lotteries have bigger individual top prizes but Spain’s Christmas lottery, held each year on Dec. 22, is ranked as the world’s richest for the total prize money involved.

The winning tickets were sold in the northeastern provinces of Tarragona and Barcelona, in central Madrid and Salamanca, and in southern Alicante, Murcia and Seville.

Children from Madrid’s San Ildefonso school called out the prizes on a nationally televised draw at Madrid’s Teatro Real opera house. The tiny wooden balls corresponding to the prizes roll down chutes from the two huge bins and are sung out by young girls and boys during the three-hour gala.

Families, friends and co-workers buy tickets together as part of a winter holiday tradition. They then gather around their television sets, radios or mobile phones, hoping that fortune shines on them. Jubilant scenes follow of winners celebrating with uncorked cava bottles, congratulated by neighbors and swarmed by local media.

Spain established its national lottery as a charity in 1763 during the reign of King Carlos III. Its objective later became to shore up state coffers. It also helps several charities.