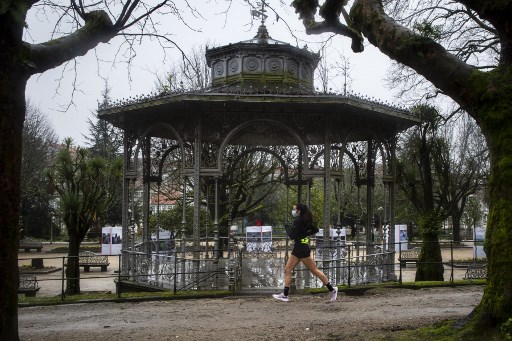 Spain's economy contracted sharply by 11 percent in 2020 due to the upheaval triggered by the Covid-19 pandemic, the National Statistics Institute said in a first estimate published Friday.

The figure is largely in line with the fall of 11.2 percent predicted by Spain's government although the International Monetary Fund had seen a sharper contraction of 12.8 percent.

France also saw its economy shrink by 8.3 percent in 2020, Germany by 5.0 percent and the United States by 3.5 percent last year.

Spanish growth collapsed early in the year under the weight of one of the toughest lockdowns in the world which was exacerbated by a two-week shutdown of all non-essential activities.

The economy rebounded strongly during the summer but activity soon slowed, particularly in the tourism sector as infections began rising and new restrictions were imposed to combat the second wave.

Spain ended the year with more than half a million extra people unemployed, many who had been working in the tourism and hotel sector.

The country has been badly hit by the pandemic, suffering one of the highest infection rates in Europe, with more than 2.6 million cases and over 57,000 deaths.