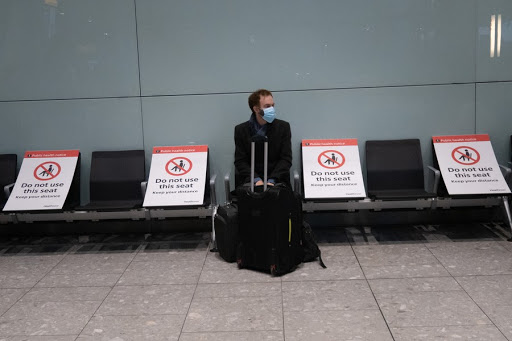 MADRID, Jan. 1 (Xinhua) -- Spain announced on Friday that entry for passengers travelling from the UK by air and sea will be prohibited till Jan. 19, according to the Official State Gazette.

Spanish nationals and those with legal residency in Spain, however, will be allowed entry.

Due to the "uncertainties... about the scope of the new SARS-CoV-2 variant, more information will be needed on the evolution of the epidemiological situation in the United Kingdom," the Gazette stated.

The new coronavirus variant, first reported by the UK, is said to be up to 70 percent more transmissible.

Starting from Dec. 22, Spain has suspended entry into its territory of "citizens from the UK, except nationals or residents in our country," according to a communique published on Twitter. The entry ban was scheduled to end on Jan. 5.

"Border control in Gibraltar (the British Overseas Territory on Spain's south coast) will also be strengthened," The communique added.

As of Monday, Spain has confirmed 19 cases of the new coronavirus strain in six regions, many of the infected have previously entered Spain from the UK.

Meanwhile, 232 candidate vaccines are still being developed worldwide -- 60 of them in clinical trials -- in countries including Germany, China, France, Russia, Britain and the United States, according to information released by the World Health Organization on Dec. 29.