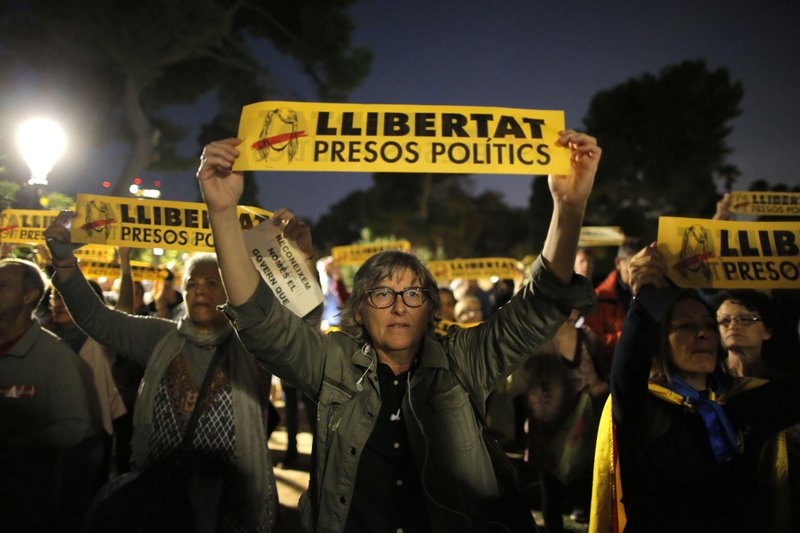 An evening protest calling for their freedom is scheduled later on Tuesday in the regional capital, Barcelona, and the non-profit rights group Amnesty International has called for the activists’ “immediate release,” describing their jailing as “excessive and disproportionate.”

But the center-left government of Prime Minister Pedro Sanchez, who is trying to ease tensions in the restive region while enlisting the separatists’ support to his budget in the national parliament, says it can do nothing because the case is in the hands of judges.

Sanchez and Cuixart were jailed on Oct. 16, 2017, just over two weeks after the banned referendum. First accused of possible sedition for their role in a tumultuous protest that hindered police efforts to stop the vote, their detention was prolonged with rebellion charges, which under Spanish law implies the use of violence.

In court appearances during the investigation, both advocated for peaceful activism and claimed they climbed on police cars the night of the protest only to call for the crowds to refrain from acting with violence.

Amnesty International’s statement this week only called for the release of Sanchez and Cuixart, with no reference to the other separatist leaders. The non-profit group said the rebellion charges, which can be punished with decades behind bars, are “unjustified and, therefore, should be dropped.”

The minority Socialist administration needs support from small and regional parties, including the Catalan separatists, to pass next year’s national budget in the parliament’s lower house, a key step for Sanchez’s ambition to remain in office until the current term ends in 2020.