Spain looked set Monday to endure many more months of political uncertainty after the country's fourth election in as many years reflected a widening political chasm between parties on the left and the right. 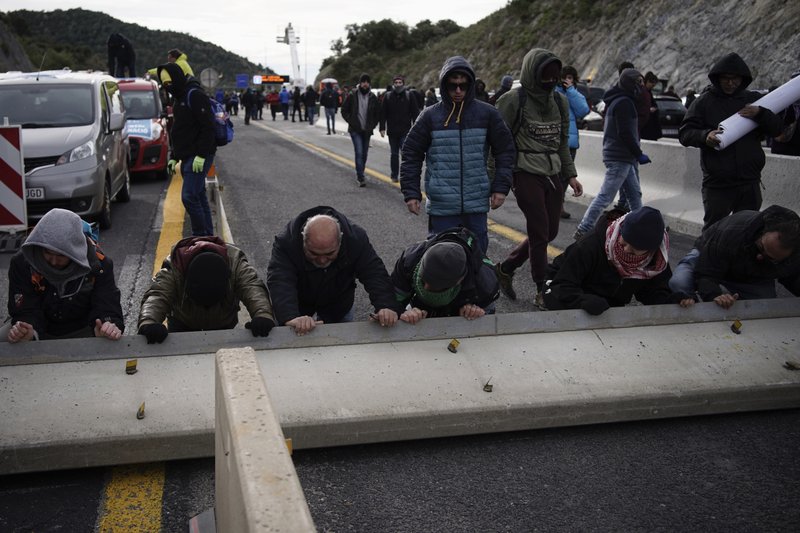 After Sunday's national vote, no party has a clear mandate to govern and a far-right party has become a major parliamentary player in Spain for the first time in decades.

Prime Minister Pedro Sánchez's left-of-center Socialists won the most seats — 120 — but fell far short of a majority in the 350-seat chamber and will need to make deals on several fronts if they are to govern.

Right-wing voters, meanwhile, flocked to the far-right Vox party, giving it 52 seats to become the parliament's third-largest party, behind the Socialists and the conservative Popular Party, which surged back to win 88 seats.

On the streets of Madrid, many people were scratching their heads over what would happen next.

"I think we are worse than before, we are more divided," said Antonio Prados, a 44-year-old police officer. "I don't know, there's a possibility to form a government, but I don't know how they will come up with the numbers."

Sánchez called the election after he failed to gain enough support to form a government after the previous election in April — but won three fewer seats Sunday than seven months ago.

Andrew Dowling, an expert on contemporary Spanish politics at Cardiff University in Wales, said Sánchez's plan to come out with a stronger mandate had backfired.

"The Spanish Socialist party made a major miscalculation in calling new elections," Dowling said in a telephone interview.

Adding to his woes, his closest allies, the left-wing United We Can party, fell from 42 to 35 seats.

Sunday's ballot also went badly for the right-of-center Citizens party, which captured just 10 seats in parliament, down from 57 seats in April. Party leader Albert Rivera quit Monday after the debacle but was not the only person hurt by it.

Sánchez, who will struggle to form a government, has "fewer options because of the collapse of Citizens," said Dowling.

Disputes over the independence movement in the northeastern region of Catalonia — Spain's most serious political issue in decades — will continue to fester, with three Catalan separatist parties winning a combined 23 seats on Sunday.

On Monday, Catalan radicals resumed their protests by blocking a major highway border pass between France and Spain and promising to keep it cut off for three days.

In his victory speech, Sánchez promised again to "obtain a progressive government." His exact plans may become clearer when he meets his party's leadership later Monday.

"Sánchez fails in his plebiscite and makes government even more difficult," was the front-page headline in Spanish daily El Mundo.

The next step will be for parliamentarians to select a house speaker in the coming weeks and for talks then between King Felipe VI and party leaders to begin so that one of them, most likely Sánchez, will be called on to try to form a government.

Vox's surge and the gains by the Popular Party capitalized on Spanish nationalist sentiment stirred up by the Socialists' handling of the secessionist conflict in the northeastern region of Catalonia.

Many right-wingers were also not pleased by the Socialist government's exhumation of late dictator Gen. Francisco Franco's remains last month from his gargantuan mausoleum so he could no longer be exalted in a public place.

Many Catalans have been angered by the Supreme Court's prison sentences last month for nine Catalan politicians and activists who led a 2017 drive for the region's independence. The ruling triggered massive daily protests in Catalonia that left more than 500 people injured.

Capital Economics, a London-based research company, said it expected no short-term economic difficulties after Sunday's vote because Spain's economy has remained healthy despite the past four years of political gridlock.

But it warned Monday that deep, long-term economic reforms are needed to keep Spain competitive in its labor markets and pension system, and deadlock has kept those efforts on hold.