At least 17 migrants died in the space of 24 hours while trying to cross the sea from North Africa to Spain, and rescuers picked up more than 100 others, the Spanish coast guard said on Monday. 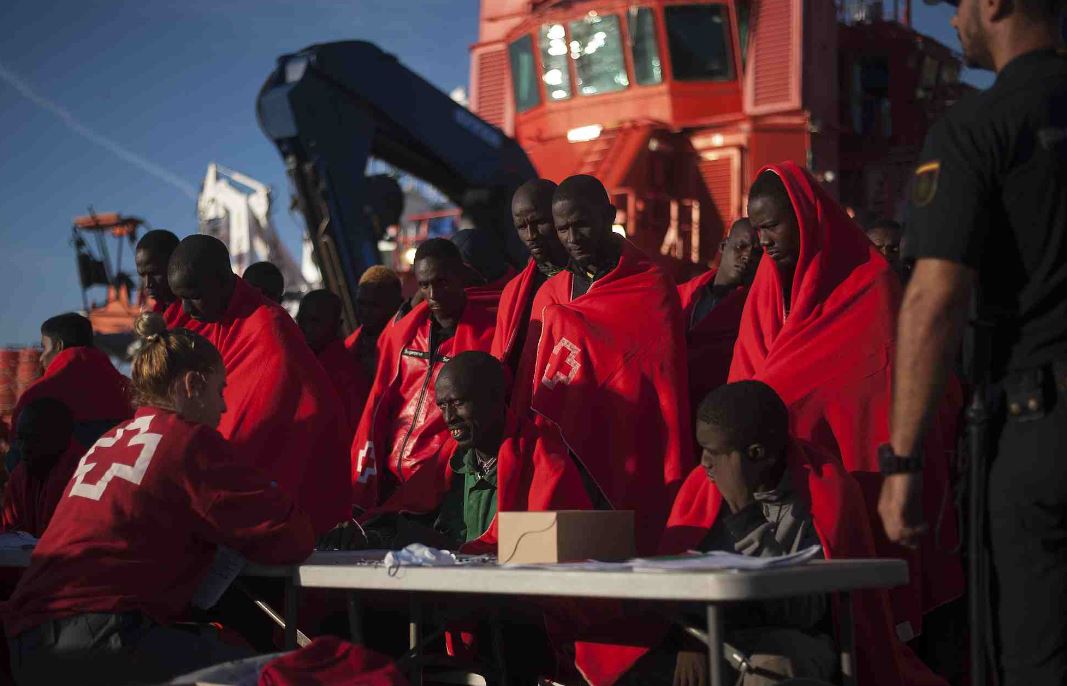 Migrants are attended to by the members of Spanish Red Cross during their arrival at the port of Malaga, Spain, October 12, 2018. (Photo: VCG)

Two rafts were found in the Western Mediterranean between the Iberian peninsula and Morocco and Algeria with 80 people aboard, and 13 dead.

They were taken to the Spanish North African enclave of Melilla, the coast guard said. The coast guard also found four bodies and rescued 22 men in the Atlantic off the southern Spanish city of Cadiz.

Spain has now become the main destination for undocumented migrants and refugees from Africa and the Middle East trying to reach Europe.

More than 47,000 people made the treacherous journey to Spain, often on flimsy dinghies and rafts, between January 1 and October 30, according to the United Nations' International Organization for Migration (IOM).

Almost 600 deaths have been recorded in that same period. So far this year, there have been around 105,000 arrivals across the whole north coast of the Mediterranean, and over 2,000 missing or dead, though that is down from the same period in 2017, when 148,000 arrived by sea and almost 3,000 perished.

"In September, one life was lost for every eight people who crossed. This was in large part due to substantially reduced search and rescue capacity," said the UN refugee agency.

Legal and logistical restrictions have discouraged non-governmental organizations from conducting search and rescue in the central Mediterranean.

More than half of the deaths this year so far have been reported in crossings to Italy, whose new government has repeatedly refused to take in migrants setting off from Libya and picked up in the Mediterranean.