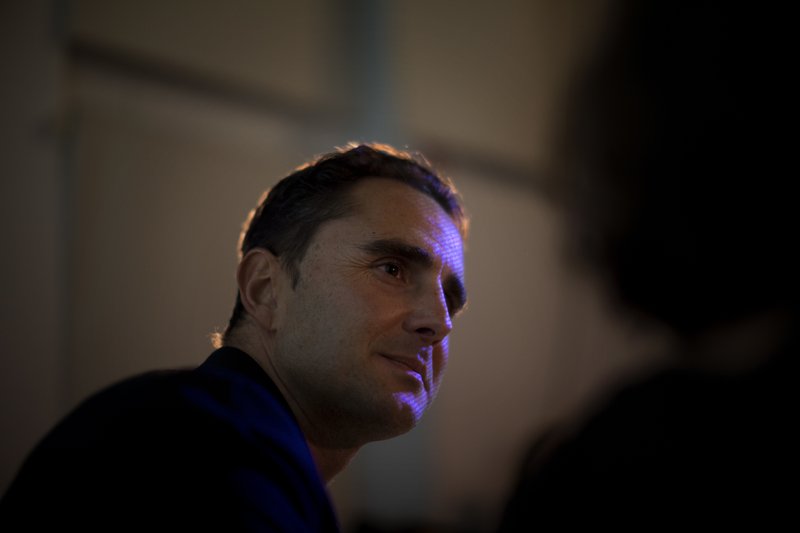 Spanish authorities temporarily released a whistleblower in a major banking tax evasion scandal Thursday while a judge decides whether to extradite him to Switzerland, where he faces a 5-year prison sentence for economic espionage.

Herve Falciani, a former technology specialist at a subsidiary of HSBC bank, was arrested by Spanish police on Wednesday as part of a yearslong Swiss effort to detain him. Falciani, a French citizen, was tried in absentia in Switzerland and has not made himself available to Swiss authorities.

A Swiss court ruled in 2015 that Falciani illegally leaked a massive amount of account information that led to a global wave of tax evasion probes. Falciani also was convicted of illegally obtaining data and breaching business confidentiality and bank secrecy.

In Madrid on Thursday, a National Court judge released Falciani from custody, but confiscated his passport, limited his freedom of movement within Spain and ordered him put under police surveillance.

Anti-corruption activists consider Falciani a crucial whistleblower whose more than 100,000 records on prominent clients of HSBC Private Bank (Suisse) SA led to probes in several countries of alleged tax-dodging by wealthy people around the world.

The data, allegedly detailing accounts worth $100 billion, first emerged in press reports in 2008. Falciani then released the information to French tax authorities, who later shared it with Spain and other governments.

Falciani moved to Spain and cooperated with prosecutors there in some of the probes. He was arrested in Barcelona in 2012, but Spain’s National Court denied a Swiss request to extradite him on the grounds that breaking secrecy laws was not subject to prosecution in Spain.

His arrest in Madrid came nearly two years after Falciani’s conviction was made final by Swiss courts.

It also coincided with Spain’s efforts to seek extradition from Switzerland of Marta Rovira, a prominent Catalan separatist politician considered key in the Spanish region’s illegal independence bid. Swiss authorities have not ruled yet on whether she should be extradited.

Spanish Minister of Justice Rafael Catala said the government had no involvement in Falciani’s arrest and that no connection should be made between the two cases.

“These are judicial cases sought in the realm of international cooperation,” Catala said Thursday. “We shouldn’t see into it more than that.”

Confusion surrounded the origins of the new effort to bring Falciani into custody.

But Folco Galli, a spokesman for Switzerland’s Federal Office of Justice, said it was “completely wrong” to suggest that Swiss authorities have been seeking Falciani’s arrest only since March.

He said Falciani has been listed since 2009 as a wanted person for extradition under the Schengen zone’s notification system — first on the basis of an arrest warrant issued by a Swiss prosecutor that year, then based on the 2015 criminal convictions.

“On March 19, Spanish authorities told us that the search for Mr. Falciani was valid for Spanish territory,” said Galli. He declined to say whether such a step was unusual, because cooperation on such cases between states is confidential.

Henzelin, Falciani’s lawyer, noted a “hypothesis” among some, which he could not confirm, that the arrest could be connected to a “sort of deal” between Spain and Switzerland over a transfer of Catalan separatists who are wanted by Spanish authorities.

“I’m not able to verify that, but frankly if it were the case, I would consider that rather odious,” said Henzelin. “It’s not in the tradition of Swiss justice to do such a kind of bargaining. It seems to me it’s more the habit of Russia and countries like that.”

X.net, a platform of internet activists that cooperated with Falciani in some investigations into corruption and tax evasion, criticized the arrest.

“Whistleblowers of corruption used as exchange currency. What justice is this?” the platform wondered in a tweet.

“He can’t be tried twice,” Olle said, adding that he believed that the case was politically motivated.