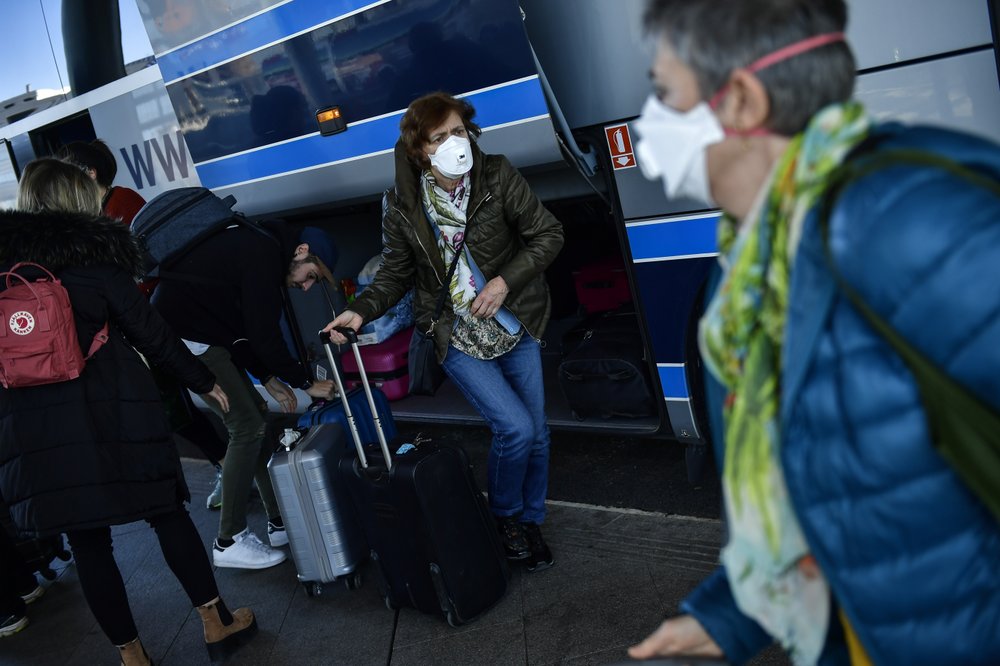 Spain on Saturday followed Italy and imposed a near total nationwide lockdown to fight the spread of coronavirus by banning people from leaving home except to go to work, get medical care or buy food.

Prime Minister Pedro Sanchez announced the restrictions on movement following a huge spike in the number of infections in this nation of some 46 million people.

They are among the measures introduced as part of a 15-day state of emergency officially declared by his government on Saturday.

Spain confirmed more than 1,500 new cases of coronavirus since Friday evening, raising its total to 5,753 cases, the second-highest number in Europe after Italy.

The disease has so far claimed 183 lives in Spain.

"The prohibition to circulate in the streets... must be followed starting today," he said in a televised address after a cabinet meeting that lasted more than seven hours.

Spaniards may leave home to go to work, "buy bread", go to the pharmacy and get medical care but "not to go have dinner at a friend's house", he added.

Police would ensure the restrictions on people's movements are obeyed, said the prime minister, whose office later announced that his wife Begona Gomez had tested positive for the virus.

"The measures which we have adopted are drastic and will unfortunately have consequences... but our hand will not shake to prevail against the virus," Sanchez added.

"We will win this battle... but it is important that the price we pay for this victory be as little as possible."

All stores except for pharmacies and supermarkets will close nationwide, the premier said.

Bars, restaurants and all shops except for supermarkets had already shut on Saturday for two weeks in the Madrid region, which accounts for over half of all infections.

Most regional governments in Spain had already followed the example of Madrid and closed their schools.

Spain's response to the coronavirus has so far had wide differences between regions due to the country's complex system of sharing power between the central government and regional governments, which control education and health issues.

But by declaring a state of emergency, Sanchez's government has the power to take over healthcare and use security forces to enforce orders.

It is only the second time that the government has evoked it since the country returned to democracy following the death of dictator Francisco Franco in 1975.

The other time was during a 2010 air traffic controllers' strike.

Sanchez warned Friday that the number of infections could reach 10,000 in the coming days in Spain.

In response to an appeal made on social media, many residents of the Spanish went to their balconies and windows at 10:00 pm to applaud and cheer the healthcare workers dealing with the crisis.

An eerie calm descended on the Spanish capital on Saturday as people obeyed the strict measures imposed by the regional government.

"It is distressing when we are so used to seeing a crowd here," Paco Higueras, a restaurant employee, said as he cast his gaze at the nearly deserted Puerta del Sol square in central Madrid.

The spot, one of the city's main tourist landmarks, is usually bustling on a Saturday. But it was already deserted as people obeyed restrictions already in place in the Madrid region.

All major Madrid museums, including the Prado, which displays masterpieces by Francisco Goya and Diego Velazquez; and the Reina Sofia, home to Pablo Picasso's anti-war masterpiece "Guernica", have already closed.

Earlier Saturday, the mayor of Seville announced that the southern city's famous Holy Week processions featuring hooded penitents would be cancelled because of the outbreak of the virus.