A Spanish judge in a decision cheered by environmentalists has put a halt to backup plans for the construction of a giant telescope in the Canary Islands — eliminating at least for now the primary alternative location to the preferred spot in Hawaii, where there have been protests against the telescope. 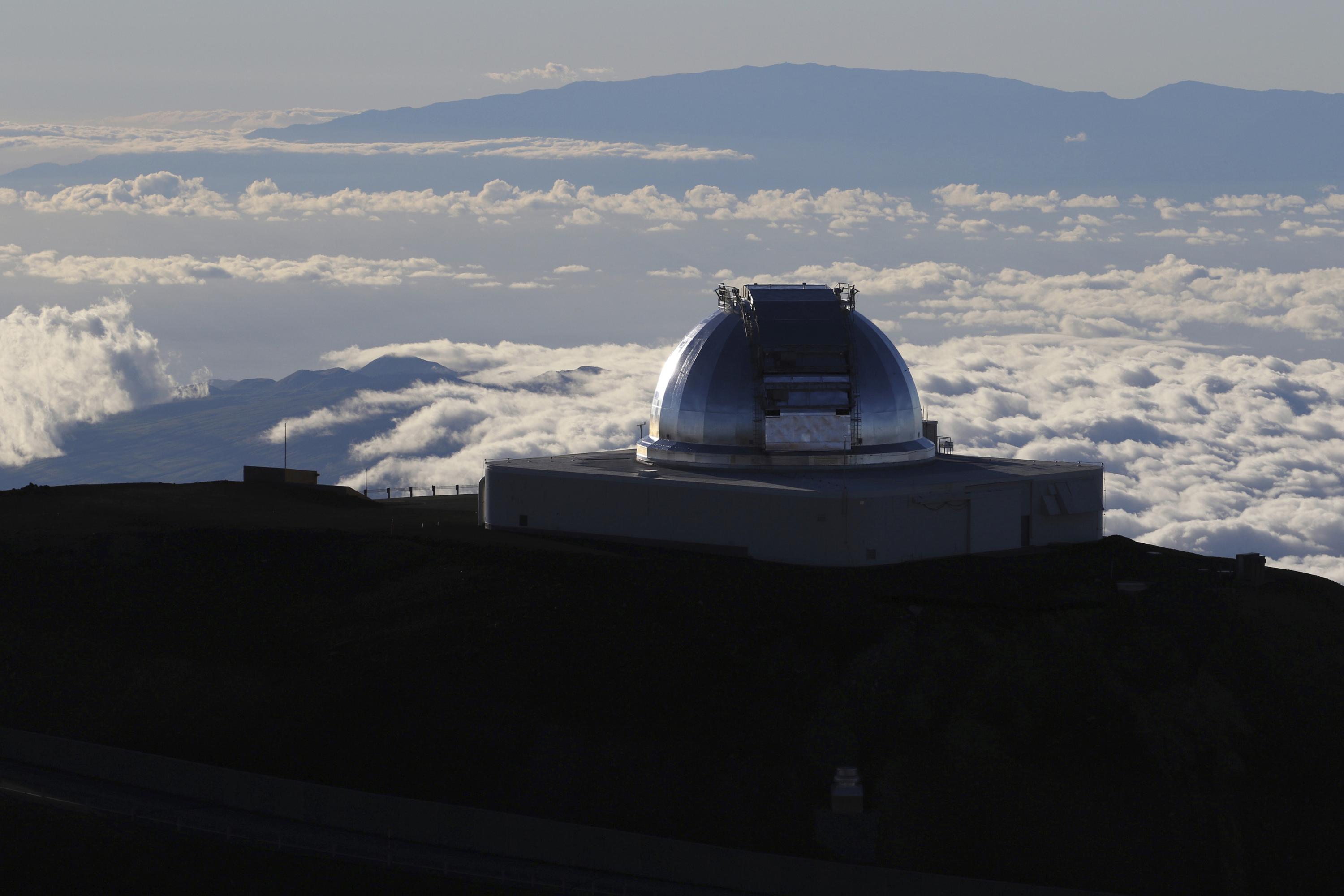 Construction of the Thirty Meter Telescope, or TMT, on Hawaii's tallest mountain, Mauna Kea, has been stalled by opponents who say the project will desecrate land held sacred to some Native Hawaiians.

Telescope officials had selected the alternate location near an existing scientific research facility on the highest mountain of La Palma, one of the Spanish islands off the western African coast, in the Atlantic Ocean.

But an administrative court in Santa Cruz de Tenerife, the capital of the Spanish archipelago, ruled last month that the 2017 concession by local authorities of public land for the tentative project was invalid. The ruling was dated on July 29, but only became public this week after local media reported about the decision.

In the ruling obtained by The Associated Press, Judge Roi López Encinas wrote that the telescope land allocation was subject to an agreement between the Canary Astrophysics Institute, or IAC, and the telescope's promoter, the TMT International Observatory consortium.

But the judge ruled that the agreement was not valid because TIO had not expressed an intention to build on the La Palma site instead of at the Hawaii site.

The judge also sided with the plaintiff, the environmental group Ben Magec-Ecologistas en Acción, in rejecting arguments by TIO's legal team and the island's government that the land concession was covered by an international treaty on scientific research.

An official for the Canary Islands High Court said questions about the ruling could not be answered because other court officials in a position to answer the questions were on vacation. The official spoke on condition of anonymity because the official was not authorized to be named in media reports.

The island's local elected government chief, Mariano Zapata, said it was "sad" that advocacy groups "are so occupied by administrative matters instead of environmental issues."

"I wish we were all in the same boat with the intent of creating jobs in the La Palma island so it can keep being an international reference on scientific research," Zapata said. His government estimated last year that the telescope would generate 500 permanent jobs and at least 400 million euros ($470 million) in investment.

"While we respect the court's ruling in La Palma, we will pursue the legal process to retain La Palma as our alternative site. Hawaii remains our preferred location for TMT, and we have renewed our efforts to better connect with the Hawaii community in a meaningful and appropriate way," he said in an email to The Associated Press.

Pablo Batista, a spokesman of the Ben Magec-Ecologistas en Acción group, hailed the decision as a big setback for what he called a "fraudulent" project that he said made "fake promises" of new jobs for the island.

"The whole idea of offering the island as a back-up was nothing else but as a strategy to put pressure on the Hawaii plans," Batista said.

In a statement, the group also said that "the five years that the TIO consortium has lost on La Palma should make it reflect on the arrogant and disrespectful strategy that they have carried out both in Hawaii and in the Canary Islands, emboldened by institutional support and despising the arguments of the opposition to the TMT."