Children in Spain who have been housebound for nearly six weeks can soon look forward to going food shopping with their parents after officials eased the virus lockdown on Tuesday. 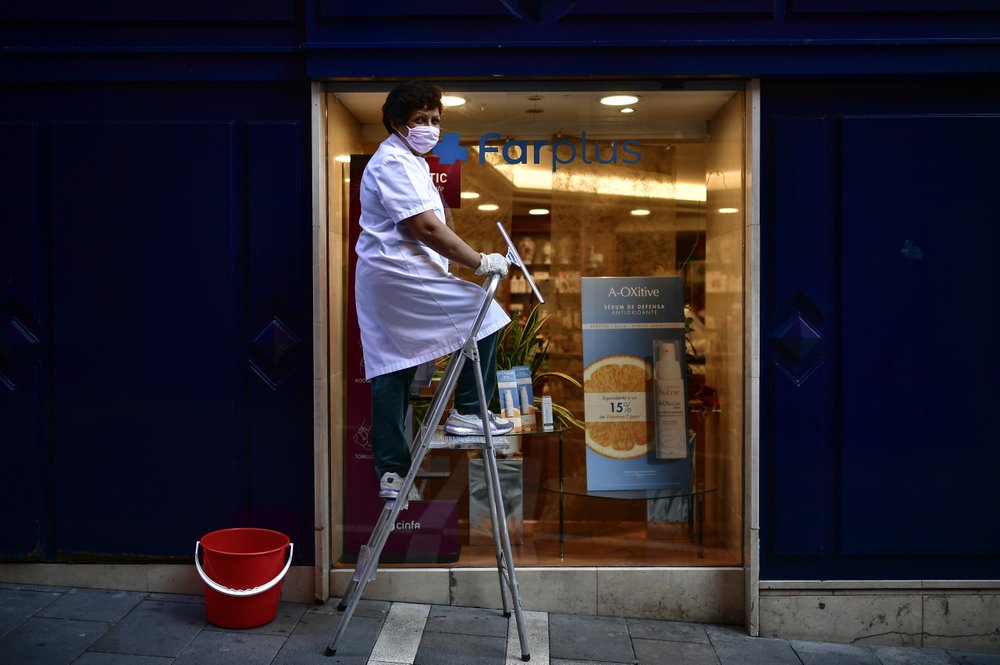 In this Tuesday, April 14, 2020 photo, Matilde Mattos of Peru poses for a photograph as she clean windows in Pamplona, northern Spain. (Photo: AP)

But unlike the rest of Europe, going out for a walk will remain strictly off-limits in Spain, which imposed one of the world's most restrictive lockdowns on March 14.

Although adults are allowed out for limited reasons -- to buy food and medicine or to walk the dog -- children have so far been obliged to stay at home.

"From April 27, the under-14s will be able to accompany an adult going out to places permitted under the state of alarm, for example, to go to the supermarket, the chemist or the bank," said government spokeswoman Maria Jesus Montero after the cabinet meeting.

"It is a slight easing of the lockdown but we have to insist that the priority is to avoid any setbacks in the fight against the virus."

She added that any trips out still had to "comply scrupulously with measures for both hygiene and social distancing".

"We are asking fathers and mothers to be responsible," she said.

Spain has suffered the world's third-most deadly outbreak of the virus, which has so far killed 21,282 people with the government twice extending the lockdown in a bid to slow the spread of the epidemic.

Parliament is expected to approve another extension until May 9 later this week.

The government has come under increasing pressure from paediatricians and regional officials to allow children out, warning of the physical and mental health risks of prolonged confinement.

Spain's restrictions on children are the tightest in Europe.

Italy, which has the world's second-highest death toll, allows youngsters out if accompanied by a parent and France lets minors out for a brief walk with their parents.