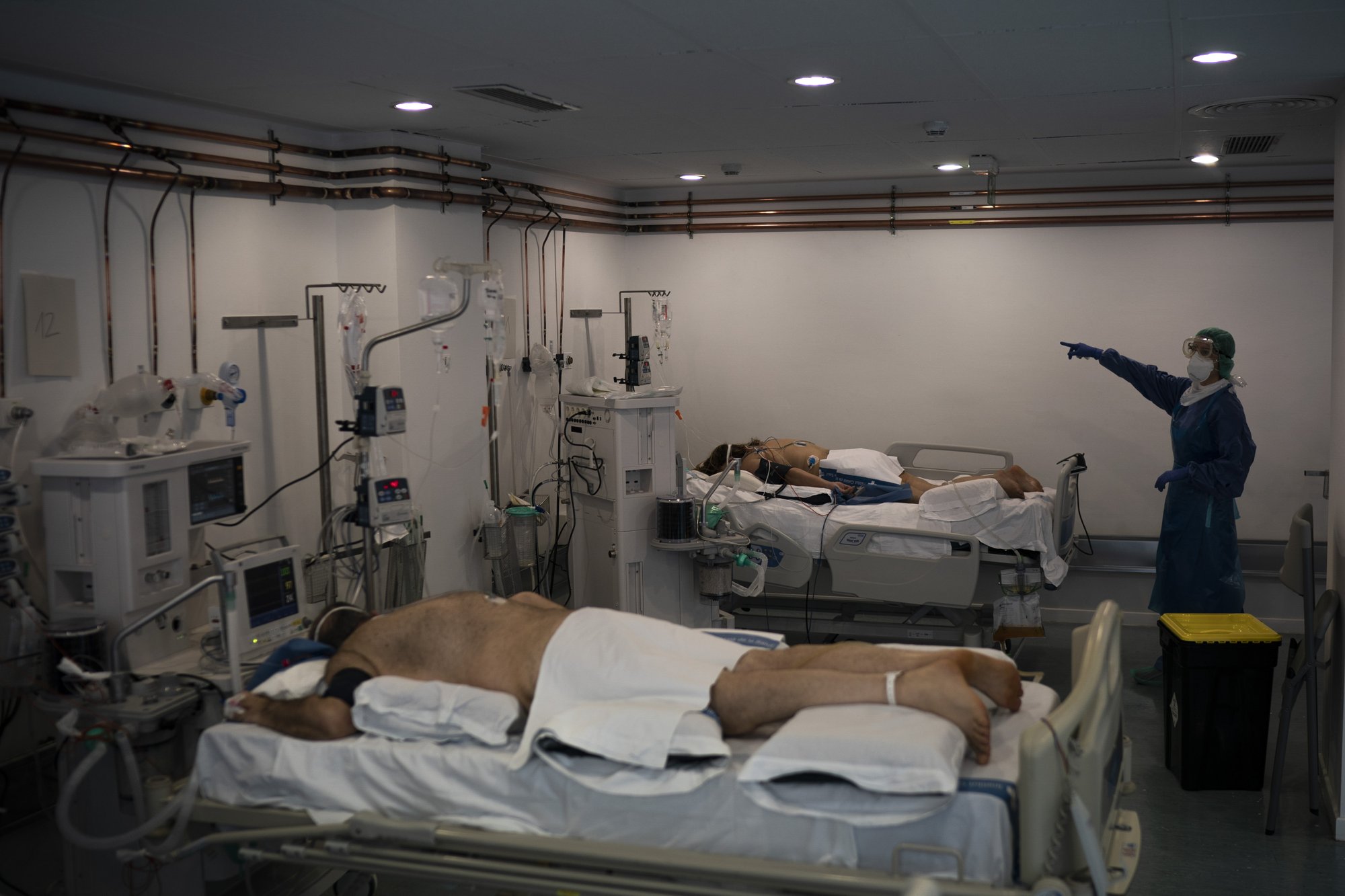 The tally placed Spain first in Europe and second only to the United States worldwide in terms of confirmed cases.

According to the Center for Systems Science and Engineering at Johns Hopkins University, the United States has confirmed more than 300,000 infections by Saturday afternoon.

Spain plus Italy have formed the bulk of the coronavirus cases on the European continent, being the two hardest-hit European countries.

A GLIMMER OF HOPE

Despite the saddened figures, a glimmer of hope seems to appear in Europeans' battle against the virus, with some positive changes occurring.

Spain reported 809 new deaths between Friday and Saturday, 123 fewer than the 932 deaths registered between Thursday and Friday. The single-day increase of 7,026 new cases on Saturday was also down from the 7,472 recorded on Friday.

Italy also reported its first decline in the number of patients in intensive care units.

"The number of patients in intensive care has decreased by 74 individuals," Civil Protection Department Chief Angelo Borrelli said on Saturday.

"It is the first negative number since we began managing the emergency," he added.

"The number of daily fatalities has constantly been decreasing" from a high of 969 deaths on March 27, Borrelli pointed out.

France, despite a spike in death toll because of the inclusion of the deaths linked to COVID-19 in nursing homes, started to see a slowdown of growth in the number of patients requiring life support. It dropped to 2.6 percent on Saturday from 4 percent on Friday.

COVID-19 cases in Portugal on Saturday passed the 10,000 mark, reaching 10,524. But the number of infected people appears to be decreasing in recent days, according to the country's public health experts.

Similar positive changes are also being observed in other European countries.

The number of COVID-19 patients hospitalized in the Netherlands is growing at a slower pace.

"We have seen the number of admissions increases less rapidly in recent days than last week," said Ernst Kuipers, chairman of the Dutch National Coordination Center for Patient Distribution on Saturday.

"The social distancing seems to work. It is therefore very important to continue this," Kuipers stated.

More and more European nations have realized the effects of social distancing and decided to extend related measures.

Spanish Prime Minister Pedro Sanchez confirmed Saturday that he would ask for an extension of the State of Alarm to contain the spread of the coronavirus.

Greece joined a slew of European countries, which have extended their COVID-19 measures, to announce on Saturday that it is extending its nationwide lockdown to April 27.

With a single-day increase of 975, Switzerland's total number of confirmed coronavirus cases has surged to 20,278 as of Saturday morning, the Swiss Federal Office of Public Health (FOPH) reported on its website.

Noting a constant growth of confirmed cases, roughly 1,000 per day, Daniel Koch, a top official from FOPH, said Switzerland has definitely not reached a peak where easing lockdown measures could be taken into account.

In Italy, which has extended the nationwide lockdown till April 13, Health Minister Roberto Speranza reiterated the importance of respecting social distancing.

"Right now, the path of social distancing is the true weapon we have at our disposal," Speranza said in an interview with RAI News 24.

He was echoed by Extraordinary Commissioner for the Coronavirus Emergency Domenico Arcuri, who warned citizens in a press conference "to abstain from thinking that the time has already come to ... go back to normal behavior."

"For now, nothing has changed," he emphasized.