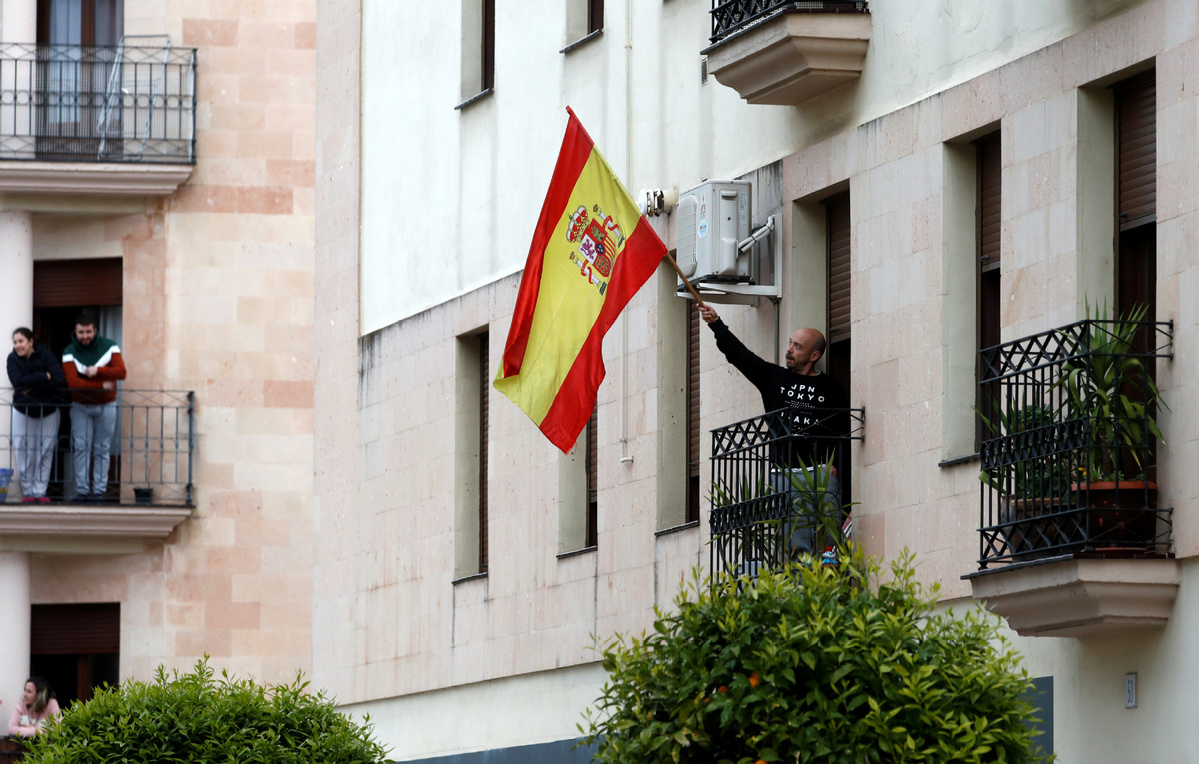 A man waves a Spanish flag from his home in support of healthcare workers, during the coronavirus disease (COVID-19) outbreak, in Ronda, southern Spain, April 4, 2020. (Photo: Agencies)

BRUSSELS -- Spain's confirmed coronavirus case tally reached 124,736 on Saturday, surpassing Italy's 124,632, according to the latest figures from the two countries.

The tally placed Spain first in Europe and second only to the United States worldwide in terms of confirmed cases.

According to the Center for Systems Science and Engineering at Johns Hopkins University, the United States has confirmed more than 300,000 infections by Saturday afternoon.

Spain plus Italy have formed the bulk of the coronavirus cases on the European continent, being the two hardest-hit European countries.