The blast of a traditional firework on Saturday opened nine days of uninterrupted partying in Pamplona's famed running of the bulls festival.

A member of the northern city's official brass band was chosen for this year's launch of the rocket, known as the "Chupinazo," to mark 100 years since the local ensemble's foundation. 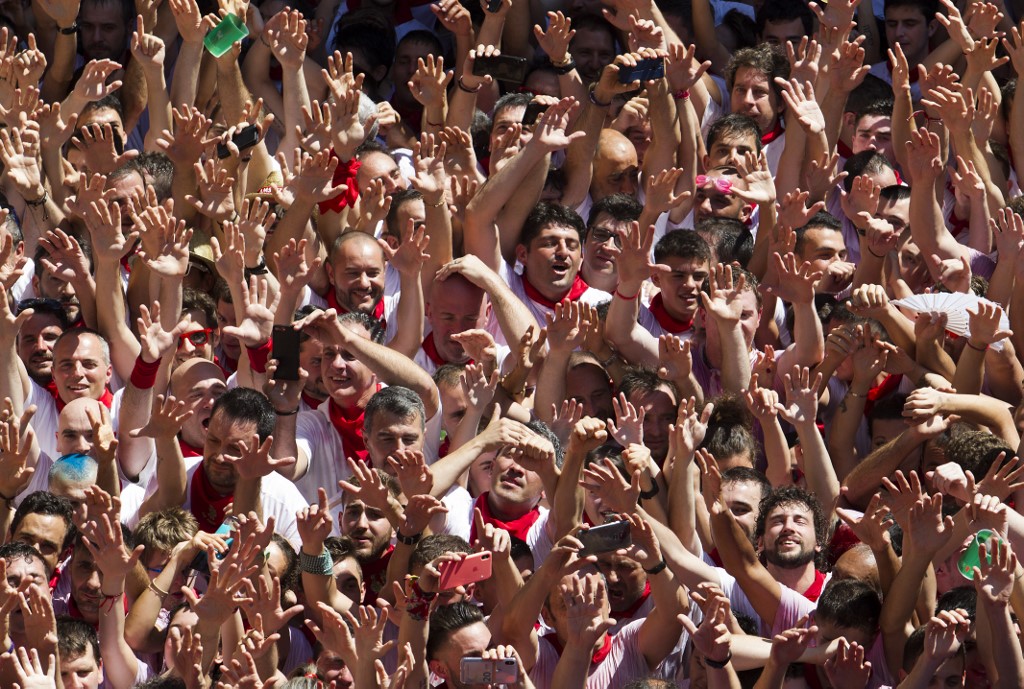 Revelers celebrate during the 'Chupinazo' (start rocket) to mark the kickoff at noon sharp of the San Fermin Festival, in front of the Town Hall of Pamplona, northern Spain, on July 6, 2019. (Photo: AFP)

Jesús Garísoain addressed an ecstatic crowd from the city hall's balcony, declaring "Long live San Fermin," the saint honored by the festival. The blast was met by an eruption of joy from revelers, who sprayed each other with wine, staining in pink the traditional attire of white clothes and a red scarf.

During the festival, Pamplona's population swells from nearly 200,000 residents to around a million visitors, who are attracted by the adrenaline boost of bull runs along an 850-meter (930-yard) street course to the city's bullring and seamless nights of partying.

The city is also trying to leave behind the scandal that stemmed from a gang rape of an 18-year-old woman during the 2016 festival. The initial prison sentences of nine years for sexual abuse to the five defendants last year was seen as too lenient and led to widespread public outcry, galvanizing the country's feminist movement.

Last month, Spain's Supreme Court overruled the lower courts and sentenced the men to 15 years in prison for rape. In the full-length ruling, published on Friday, judges say the attackers were fully aware of the crime they were committing and bragged about it in a WhatsApp group that they called "The Animal Pack."

The case has led to authorities in Pamplona to step up police surveillance and set up information booths, cellphone apps and 24-hour hotlines allowing instant reporting of abuse cases.

The protests of pro-animal rights groups have also become a fixture in recent years. On the eve of the festival, dozens of semi-naked activists staged a performance simulating speared bulls lying dead on Pamplona's cobbled streets to draw attention at what they see as animal cruelty for the sake of human entertainment.

Bullfights are protected under the Spanish Constitution as part of the country's cultural heritage.