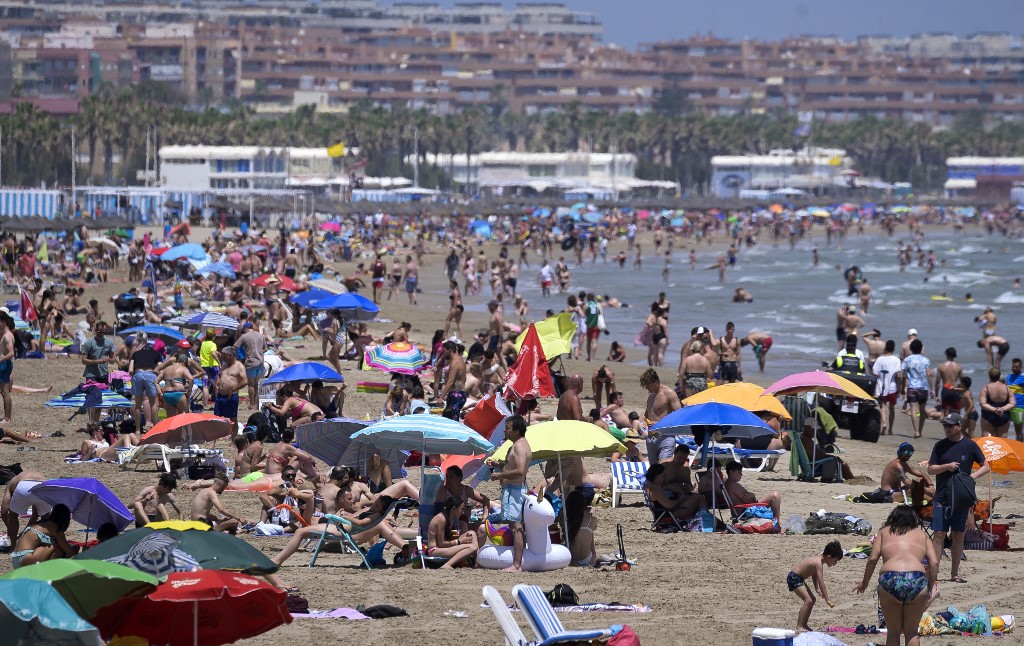 People enjoy the beach in Valencia on July 12, 2021 as the temperature reach 44 Celsius degrees. (Photo: AFP)

Although there was good news regarding vaccination, the health ministry reminded the public of sharp rises in new cases in the last 14 days, especially in the 72 hours until Monday.

The 72-hour period saw the confirmation of 61,628 new cases, the highest weekend increase seen in Spain since Feb. 1, raising the total number of confirmed cases to 4,161,850.

Cases have risen in all age groups and in all parts of Spain, and is exceptionally high among people aged 12-29.

In response, regions such as Catalonia have reimposed restrictions on nightlife, while the regional government of the Balearic Islands announced on Monday that face masks must be worn again outside, less than a month after the central government lifted the requirement.