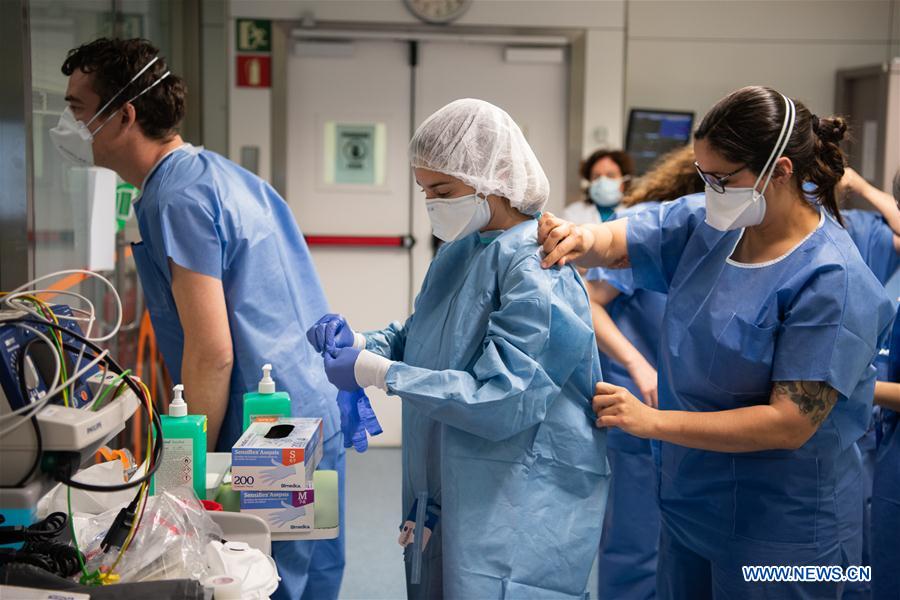 The new cases mean that the incidence of cases of the coronavirus has risen sharply to 435.6 cases per 100,000 inhabitants. Spain has now confirmed a total of 2,111,782 cases and 52,275 deaths from the disease since the start of the pandemic.

Speaking at his daily press conference on Monday, Fernando Simon, the Director of the Coordination Center for Health Alerts and Emergencies of the Ministry of Health, ruled out another total lockdown in Spain, adding that the country has speeded up its vaccination campaign, which began on Dec. 27.

"381,565 doses of vaccine have been administered, 51 percent of the total doses received," he said, pointing out that "the number of doses that are being given increasing as the weeks normalize (following the Christmas holidays)."

Spain has so far distributed 743,925 doses of the BioNTech Pfizer vaccine, with other 350,000 more doses arriving from Belgium on Monday, although due to the extreme weather experienced in central Spain in the past 72 hours, the plane carrying the new doses was forced to fly into Vitoria airport in the Basque region of northern Spain, rather than Madrid.

Simon also said the ministry had discovered 72 cases of the more infectious variant of the coronavirus to date. "The problem is not the variant, but our behavior and if we follow prevention measures correctly, we will control it," he said.

Several regions on Monday announced tougher restrictions to control the third wave of the coronavirus, with the Basque Region announcing that it was once again closing its perimeter, while the region of Andalusia in southern Spain will close bars at 18:00 hours and impose a curfew between 10 pm and 6 a.m.

While the world is struggling to contain the pandemic, vaccination is underway in Spain and some other countries with the already-authorized COVID-19 vaccines.

Meanwhile, 235 candidate vaccines are still being developed worldwide -- 63 of them in clinical trials -- in countries including Germany, China, Russia, Britain and the United States, according to the figures released by the World Health Organization.