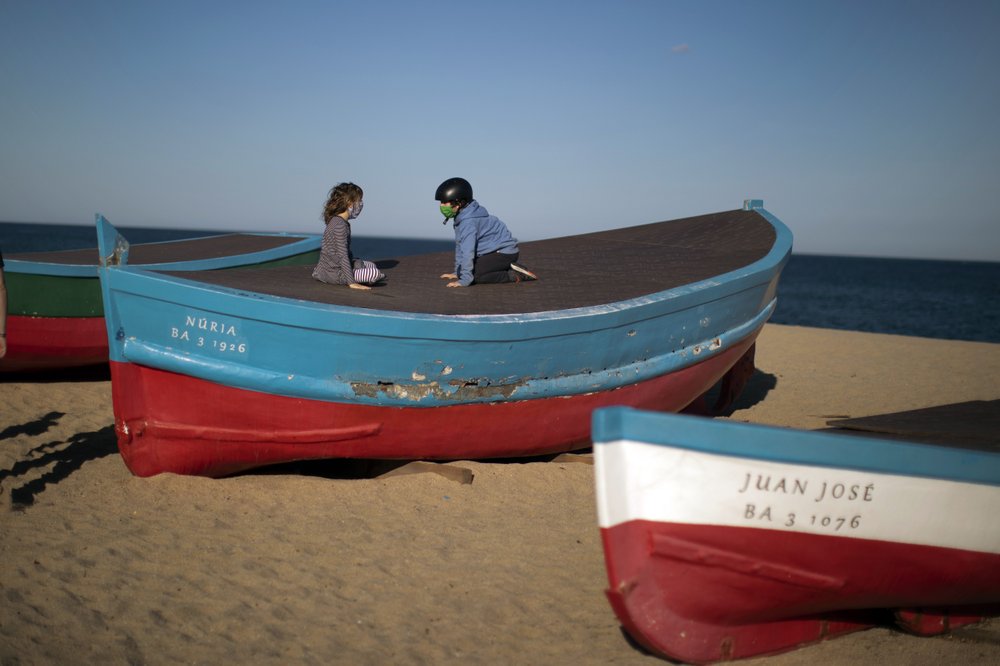 MADRID, May 4 (Xinhua) -- Spain on Monday reported a sharp fall in the number of new cases of COVID-19 in the latest 24-hour period.

As of 21:00 Sunday local time (1900 GMT), the Spanish Ministry of Health, Consumer Affairs and Social Services confirmed just 356 new cases in a 24-hour period, almost 500 less that the 838 new infections confirmed a day earlier, taking the country's caseload to 218,011.

The figure is the lowest daily number of new cases since the country was placed under a State of Alarm on March 15.

The ministry also confirmed 164 new deaths, which is the same as the number of deaths confirmed on Sunday, taking the total number of victims of the virus to 25,428.

Although clearly a positive sign, the numbers of new deaths and cases should be treated with some caution due to possible delays in collecting data over the weekend, the ministry said.

A total of 2,441 patients recovered from the coronavirus over the 24-hour period, taking the total number of recoveries to 121,343.

Spain has begun the first stage of a four-stage plan announced last week by Prime Minister Pedro Sanchez to ease the restrictions imposed on March 15.

Monday saw hairdressers and small shops open under strict limits on the number of clients, while wearing face masks is obligatory on public transport.