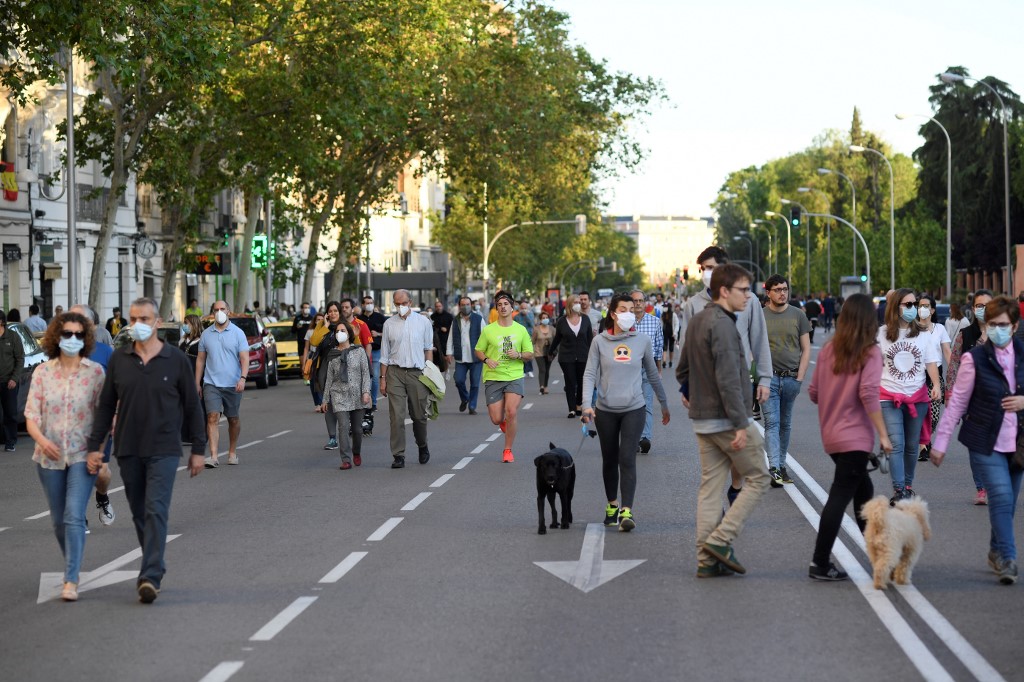 MADRID, June 3 (Xinhua) -- Spanish health authorities on Wednesday reported a sharp increase in the number of new coronavirus cases and confirmed one new death in a 24-hour period.

In the previous two 24-hour periods, no new deaths were registered for the first time since the pandemic began. To date, Spain has confirmed a total of 27,128 deaths from the virus.

Spanish health authorities also said that 63 people had lost their lives to the virus in the past seven days, which appears to conflict with the count on Tuesday that 34 deaths had occurred in the previous week. The discrepancy may be due to delays in collecting data from Spain's 17 autonomous communities.

Wednesday also saw an increase in the number of new COVID-19 cases. Health authorities reported 219 new infections, compared with 71 cases in the previous 24-hour period, taking the total number of confirmed cases to 240,326.

Madrid and Catalonia once again reported the majority of the new cases, with 150 of the day's 219 infections coming from these two communities.