WORLD Spain returns over 6,600 migrants to Morocco in border spat

Spain returns over 6,600 migrants to Morocco in border spat

Over 6,600 of the more than 8,000 migrants who swam or jumped over border fences into one of Spain's North African enclaves this week have been sent back to Morocco, authorities said Friday. 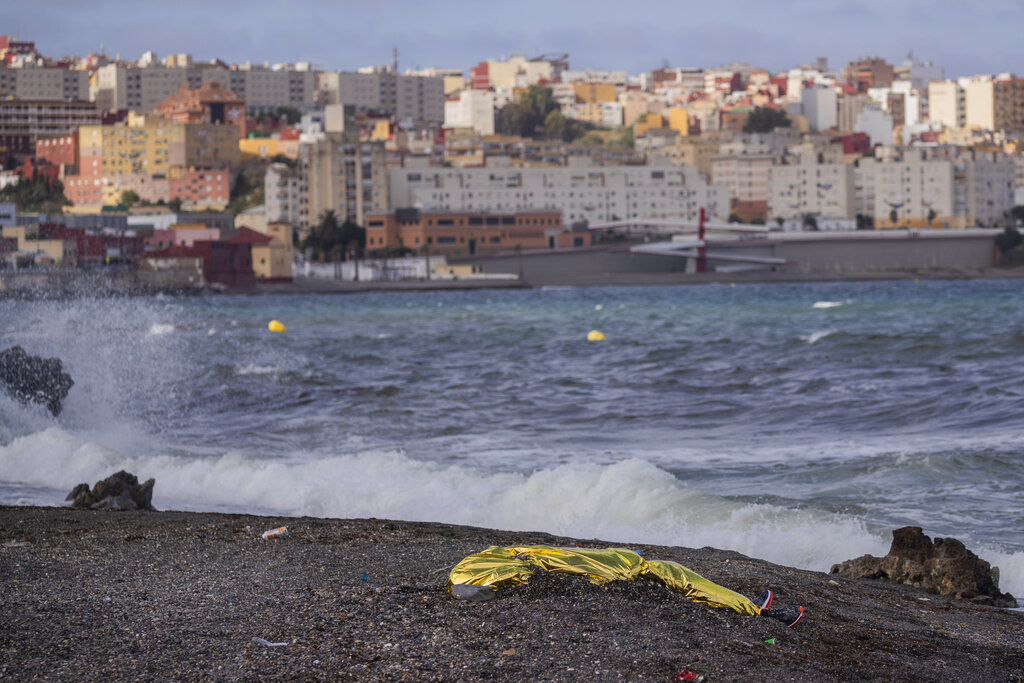 The body of a young man covered with an emergency blanket after being recovered by Spanish police from waters near the border between Morocco and Spain's north African enclave of Ceuta, Thursday, May 20, 2021. (Photo: AP)

No fresh arrivals were recorded for the second day in a row in Ceuta, the Spanish city of 85,000 at the center of a diplomatic row between Spain and Morocco, after Moroccan authorities stepped up vigilance on their side of the border.

But in nearby Melilla, another Spanish territory 350 kilometres (220 miles) west along the Mediterranean Sea next to Morocco, border security forces on both sides repelled groups of youths trying to get into Spain. The Spanish government's delegation in Melilla said a few dozen made it in.

Relations between the two Mediterranean neighbours have dipped to a low over Spain's decision last month to grant entry for medical treament to the man leading the movement that has fought for Western Sahara's independence since Morocco annexed the vast territory in the 1970s.

Officials in Rabat say Polisario Front boss Brahim Ghali's presence in Spain, where he entered under with an Algerian passport baring a false name, is unacceptable. Ghali, who Morocco considers a terrorist, has been recovering from COVID-19 in a hospital in northern Spain since April 18.

He's also been summoned for questioning by Spain's National Court on June 1 in a lawsuit for alleged tortures and is being investigated for possible genocide in a separate case brought by dissident Sahrawi groups who oppose the Polisario.