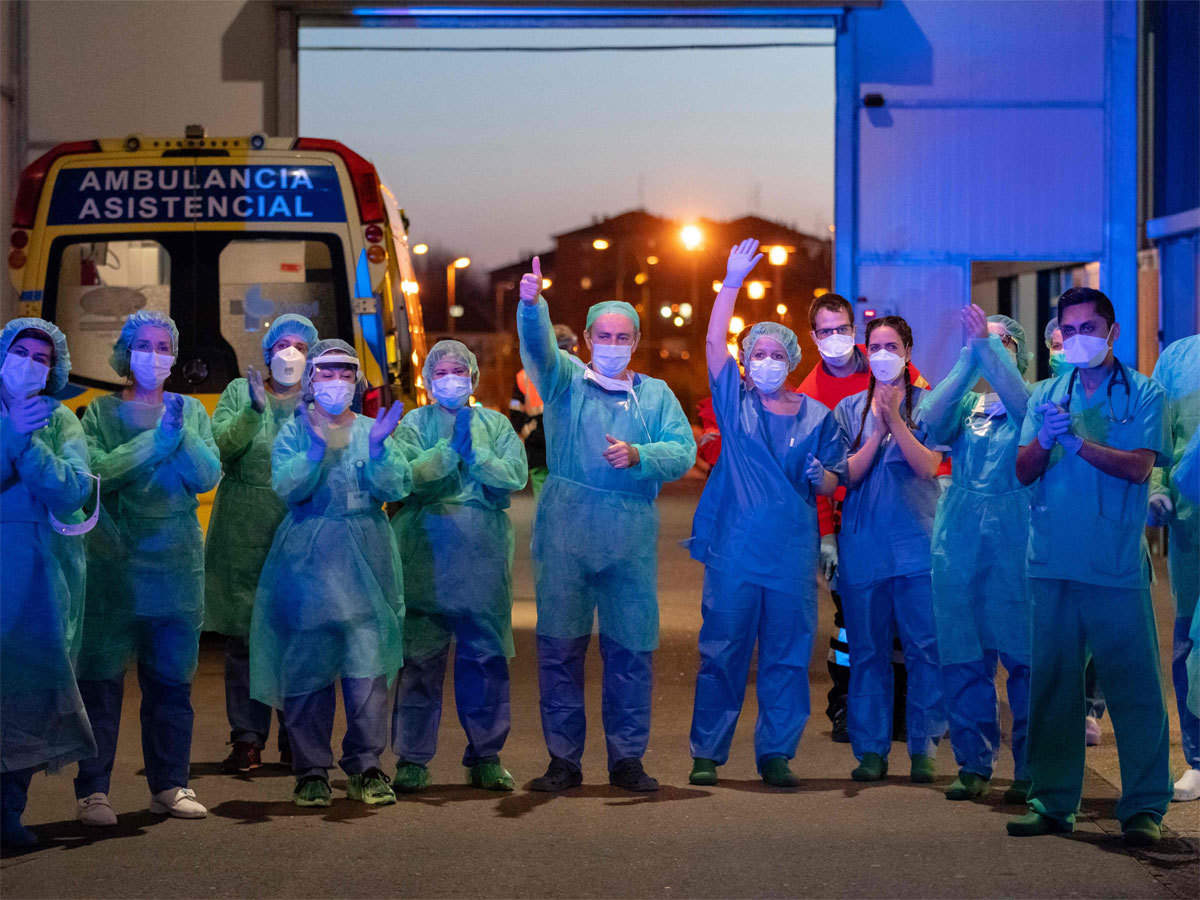 Spain's daily coronavirus death toll dropped to 288 on Sunday, the lowest since March 20, as the country eased its lockdown to allow children outside for the first time in six weeks.

The health ministry said the figure dropped from 378 on Saturday and brought Spain's total toll to 23,190, the third highest number of deaths after the United States and Italy.

The news came as the country took the first steps to ease one of the world's toughest lockdowns.

Spain issued a stringent stay-at-home order on March 14, confining the country's nearly 47 million population to their homes in a bid to slow the spread of the epidemic.

Unlike other countries in Europe and the rest of the world, Spain's children have not been able to go out, with only adults allowed to leave the house to buy food, medicine, briefly walk the dog or because of a medical emergency.

All Spaniards will be allowed out for exercise and to take walks from next weekend, Prime Minister Pedro Sanchez said Saturday.

The government will on Tuesday unveil its broader lockdown exit plan that will likely be put into action in the second half of May, he added.

The ministry of health said that 98,731 people have now recovered from the deadly virus.

Health officials have said Spain's COVID-19 epidemic peaked on April 2, when it recorded 950 deaths over 24 hours.