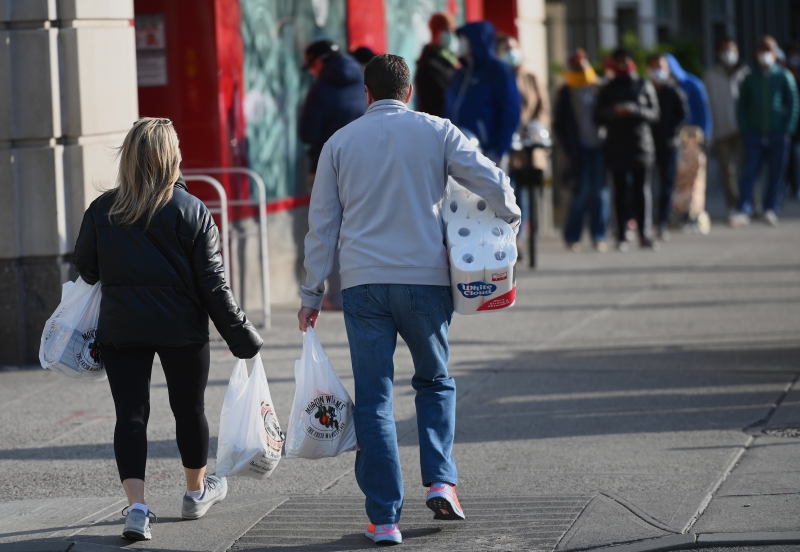 Spain said 399 people died of COVID-19 over the past 24 hours in what was the lowest daily number of deaths in four weeks, the government said on Monday.

The latest figures, which showed a slight drop from Sunday when 410 people died, brought further relief to a country which has suffered the third-highest number of virus deaths in the world after the United States and Italy.

"Today for the first time we've fallen under 400 deaths, although it's only a little lower (than Sunday), these figures give us hope," said Fernando Simon, the health ministry's emergencies coordinator.

"These are very encouraging figures," he said.

The data also showed cases rising to 200,210 in Spain, which ranks second in the world in terms of infections after outpacing Italy at the start of April.

But it remains well short of the United States which has so far counted more than 750,000 cases and well over 40,000 deaths.

In recent weeks, Spain has ramped up its testing procedures and is now carrying out around 40,000 per day, Health Minister Salvador Illa has said.

The number of people who have recovered from the virus has now risen to 80,587.

Spain's health chiefs believe the epidemic peaked on April 2 when 950 people died over 24 hours, nearly three weeks after the government imposed a strict lockdown, effectively confining its close to 47 million citizens at home in a bid to slow the spread of the virus.

On Saturday, the government said it would extend the lockdown by another fortnight until May 9, although from April 27 conditions would be slightly eased to allow children to spend some time outside.

Until now, they have been confined to their homes under one of the tightest lockdowns in Europe.