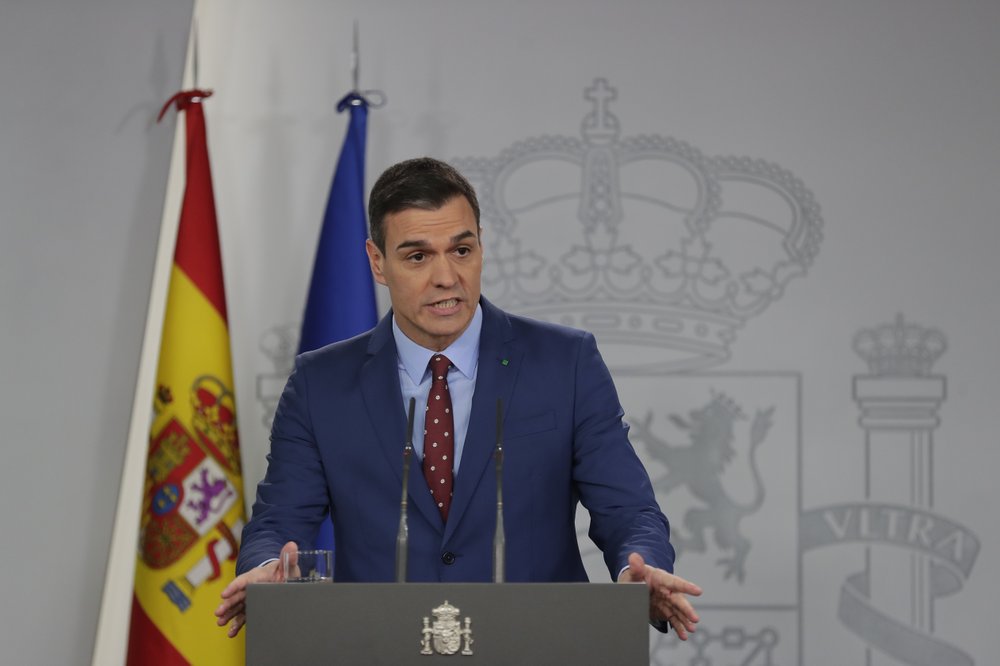 Spanish Prime Minister Pedro Sánchez said Sunday that he wants the hallmark of his new left-wing coalition government to be the “dialogue” needed to tackle the country’s most pressing issues, including the Catalan separatist conflict.

Sánchez said that following the top priority of economic growth, his government will focus on improving the relations between Spain’s diverse regions, in a veiled reference to Catalonia.

“Our citizens have demanded of their politicians a Spain of moderation and not one of conflict,” Sánchez saidafter formally presenting King Felipe VI with the names of his new Cabinet members.

Sánchez, who came to power in 2018, remained in charge after his Socialist Party won back-to-back elections last year and he eventually managed to form a coalition government with the left-wing United We Can party last week.

In order to get the support needed to win the endorsement of parliament to form a government, Sánchez had to agree to opening talks with the separatist-led regional government of Catalonia which wants to break with the rest of Spain. That has earned him severe criticism from the three right-of-center opposition parties despite his promises not to allow a referendum on independence.

This will be the first coalition government in Spain since the restoration of democracy in 1978.

To accommodate the inclusion of a second party in government, Sánchez has increased the number of ministries from 17 to 22. His Cabinet will be equally split between men and women and he says that his government will have gender equality as one of its overarching missions.

The other main priorities for Sánchez are social justice, the environment, adapting to an aging population, and managing the digital revolution.

Around one half of Catalonia’s 7.5 million residents would support secession for the wealthy region, according to polls. The separatist movement in Catalonia has caused the worst political crisis in Spain in decades.