WORLD Spain shovels out of snowdrifts left by Storm Filomena

Spain shovels out of snowdrifts left by Storm Filomena

MADRID (AP) — Emergency crews in central Spain cleared 500 roads and rescued over 1,500 people stranded in vehicles as the country slowly shovels out of its worst snowstorm in recent memory. 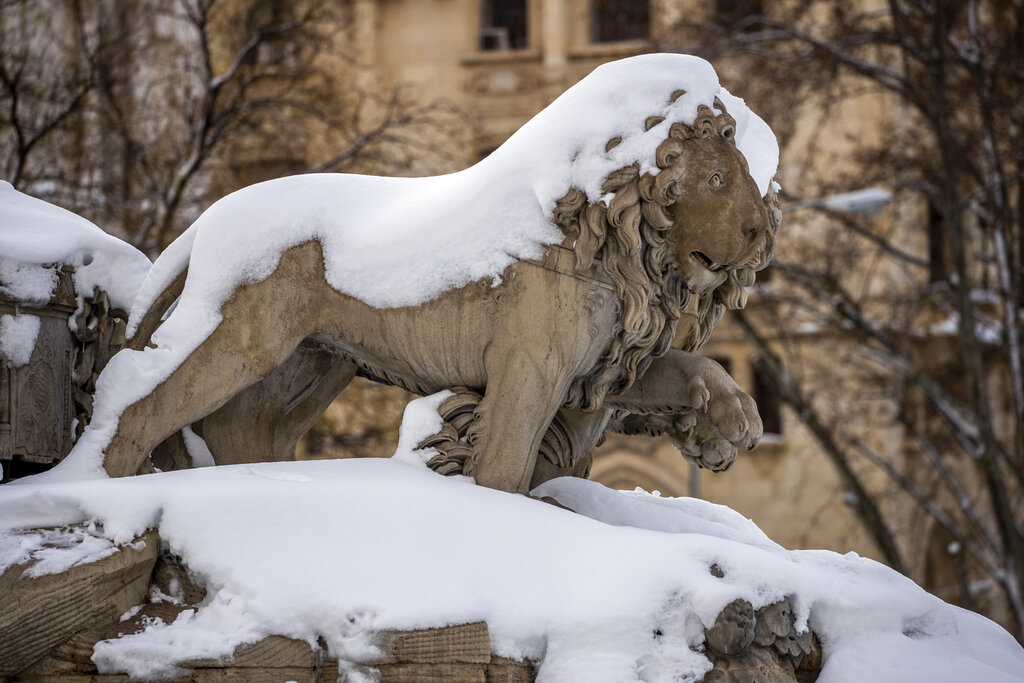 The Cibeles monument is covered with snow in downtown Madrid, Spain, Sunday, Jan. 10, 2021. A large part of central Spain including the capital of Madrid are slowly clearing snow after the country's worst snowstorm in recent memory. (Photo: AP)

Madrid’s Adolfo Suárez Madrid-Barajas International Airport remained closed Sunday as it has since Friday night. Train lines traversing the capital were also shut down and over 150 roads were still impassable.

Storm Filomena has lost strength as it moved eastward but authorities are still urging people to remain at home to limit the risk of falls on icy streets ahead of a severe drop in temperatures in the coming days.

Spain’s weather service forecasts temperatures to drop as low as -14 degrees Celsius (6 degrees Fahrenheit) in the eastern province of Albacete by Tuesday.

Army emergency brigades are focusing on clearing access to Madrid's main fresh food distribution center and to hospitals as Spain also grapples with its coronavirus crisis, with infections on the rise following the Christmas holidays.

Interior Minister Fernando Grande-Marlaska said the government will take extra steps to ensure that the country’s weekly shipment of the Pfizer-BioNTech coronavirus vaccine on Monday can be distributed to regional health authorities via police-escorted convoys.

Spain has seen over 51,800 confirmed virus deaths in the pandemic.