A rescue boat carrying 87 African migrants who were saved in the Mediterranean Sea docked Thursday at the southern Spanish port of Algeciras, but without the welcome offered to previous groups as the political mood in Spain began showing signs of tension about a spike in migrant arrivals. 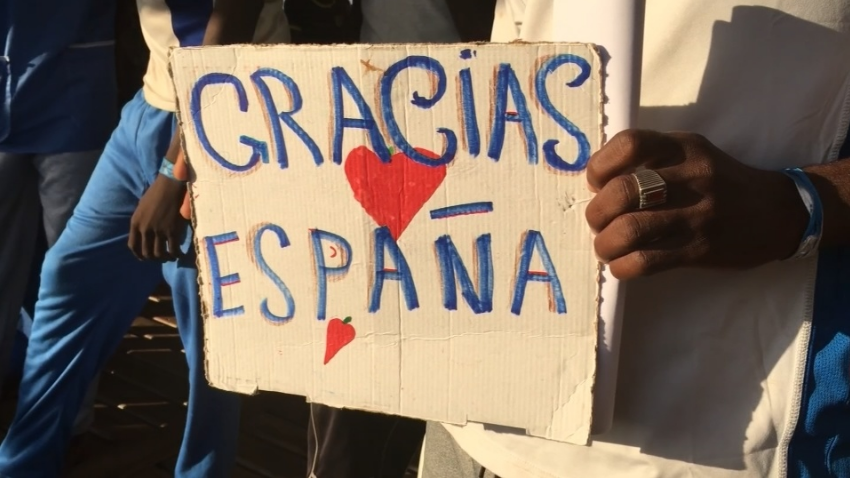 The boat operated by Spanish aid group Proactiva Open Arms brought what it said were mostly Sudanese war refugees, including 12 minors, picked up off the Libyan coast on Aug. 2.

Spain allowed the boat to come after other, geographically closer, European Union countries refused to let it dock amid continuing tension among EU governments about how best to respond to the wave of migrants crossing from Africa.

Spain's new center-left Socialist government made fair treatment for migrants one of its headline policies after coming to power two months ago.

In June, it announced measures to "put people's rights first" in the country's migration policies. Among other things, it took the first steps toward extending public health care to foreigners without residence permits.

That same month, it accepted the Aquarius rescue ship with 630 migrants on board after Malta and Italy turned it away.

Authorities gave those migrants who arrived in Valencia a special entry permit into Spain of 45 days for humanitarian reasons. A further 60 who arrived on a rescue ship in Barcelona last month were given a 30-day permit while they decided what to do. Their paperwork was also fast-tracked.

But those who arrived in Algeciras on Thursday will get no such special treatment. 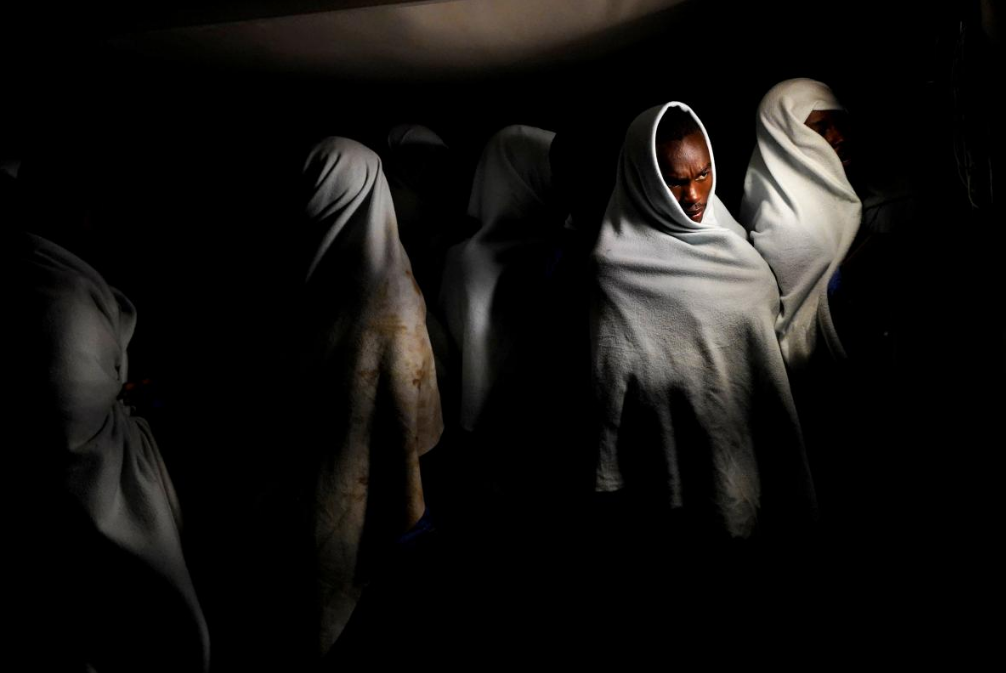 They will be processed, the government said, like any other migrants rescued at sea: held by police for 72 hours at a migrant camp, given a medical check-up, identified and detained while they await asylum or are given an expulsion order.

The government official overseeing immigration, Magdalena Valerio, said earlier this week there would be no extra money for migrant policies before the end of the year.

The Spanish Network for Immigration and Refugee Help, a non-governmental organization, accused the government of abruptly "changing course" in its immigration policies and "discriminating" against the new arrivals.

Critics of the new government's perceived softer approach toward migrants said its policies had backfired, by attracting ever higher numbers, and the government is increasingly wary of that criticism.

The UN Migration Agency says almost 24,000 refugees and other migrants have arrived in Spain by sea this year — nearly three times the number last year.

The agency says Spain has become the most popular European destination for Mediterranean migrants, with just over 40 percent of the total, after Libya and Italy began cracking down. Most come on overcrowded smugglers' boats from Tunisia and Morocco.

"What Spaniards are looking for is a party which says clearly that we can't give documents to everyone, and Spain can't take in millions of Africans," Casado said last month.

Such criticism has left Sanchez politically exposed when he heads a minority government with just 84 of the 350 seats in the lower house of parliament.

It has also fueled fears that populism may spread further in the EU. Far-right parties have joined the governments in Italy and Austria and made gains elsewhere.

Residents from the region around Algeciras expressed concern about the latest arrivals.

"With so much unemployment we do not need extra expenses," Manuel Ruiz said. "The refugees, because they are not cared for properly, they start stealing to live and this causes all sorts of problems." He added: "We have to give them all the aid we can, but it has to be balanced."

"I think the European Union should take more of an interest in this situation. If not, the population will become racist, even if they are not."

Sanchez, the prime minister, says his government and EU officials are in talks with Morocco, from where traffickers take the migrants across the Mediterranean, and with the migrants' countries of origin on how to stem the flow.

Elsewhere in the Mediterranean on Thursday, a boat carrying migrants capsized off the Turkish coast, killing seven children and two women, Turkey's state-run news agency said. Many migrants continue to attempt to reach the Greek islands from the Turkish coast, hoping to eventually move to more prosperous European Union countries.