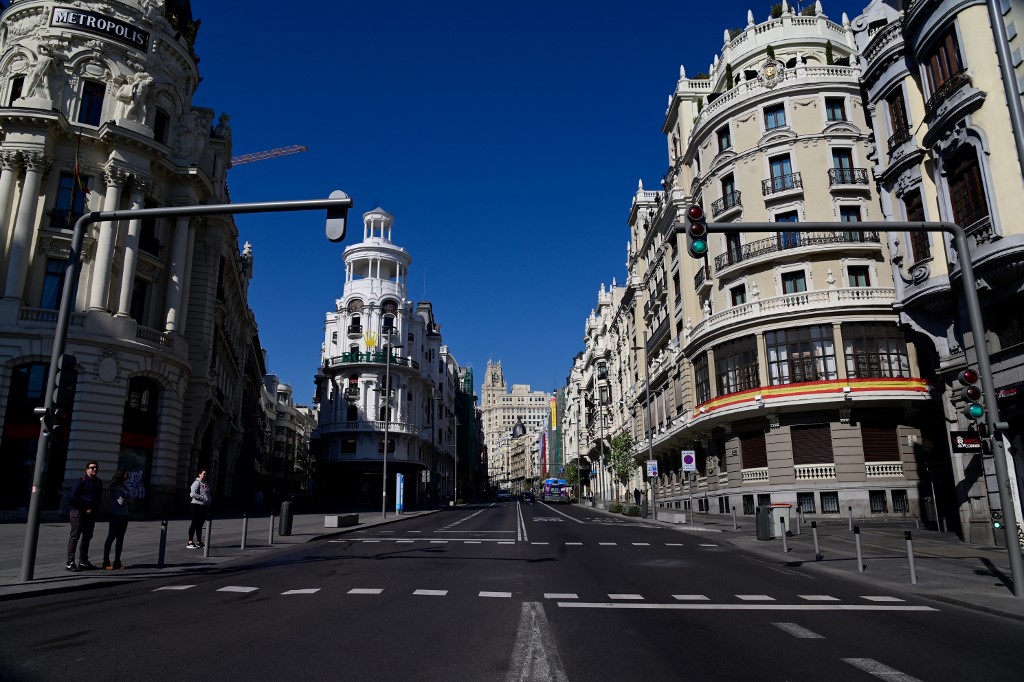 According to RTVE, the Spanish government agreed to extend the order, which is currently only obligatory on public transportation, after talking to authorities from the country's 17 autonomous communities on Monday evening, even though Spain has begun to loosen its lockdown restrictions imposed on March 15.

For now, Madrid and Catalonia remain in phase zero of the government's four-phase lift plan, but are expected to enter phase one next week, in which bars are allowed to operate outside terraces at 50 percent of their capacity, and shops and places of worship are allowed to open with a limited capacity.

Some other regions, including the Basque Region, will proceed to phase two, which allows shopping centers, cinemas, theaters, bars and restaurants to open, but only at a maximum capacity of 30 percent.