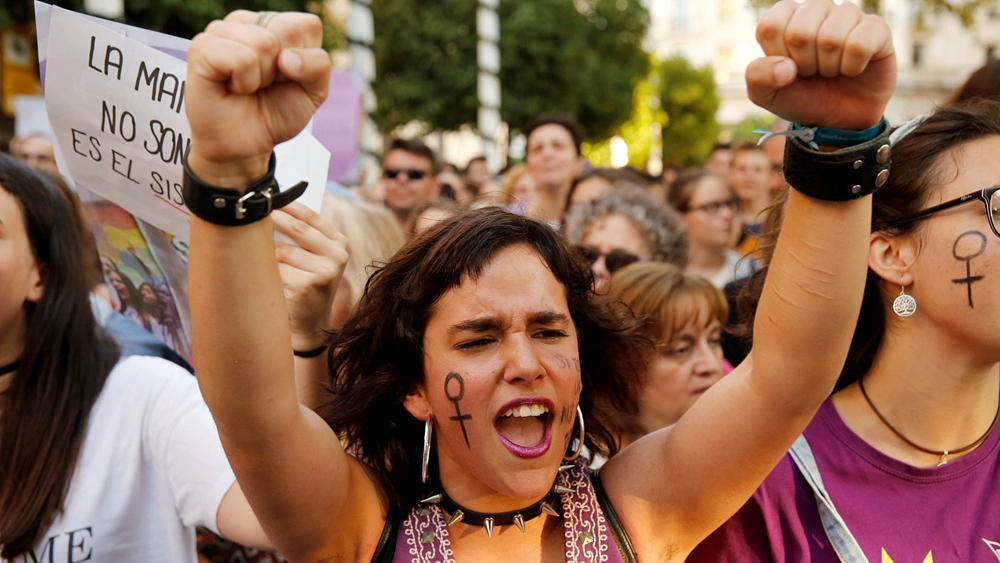 Spanish Prime Minister Pedro Sanchez has said his government will introduce a new law on sexual consent to clear ambiguities in rape cases.

Sex without explicit consent would be considered rape under the new law.

It comes after a notorious case in which five men, who called themselves the "Wolf Pack", were convicted of sexually assaulting a young woman in Pamplona in 2016 but acquitted of gang rape.

The decision outraged the nation and led to street protests. All five are currently appealing against their nine-year jail sentences.

"To be clear, ladies and gentlemen, if they say no it means no, and if they don't say yes, it means no," Sanchez told parliament.

Ms Calvo, who is also equality minister, said that the "only yes means yes" approach ensured "the autonomy, freedom and respect for a person along with their sexuality."

A similar law that came into effect in Sweden on July 1 says a person must give clear consent, verbal or physical. It means prosecutors will no longer need to prove violence or that the victim was in a vulnerable situation in order to establish rape.

According to the police report, the Pamplona victim maintained a "passive or neutral" attitude throughout the scene, which was filmed by some of her attackers on their phones.

Under current Spanish law, the charge of sexual abuse differs from rape in that it does not involve violence or intimidation.