Spain vows no let-up for terror convicts as ETA dissolves 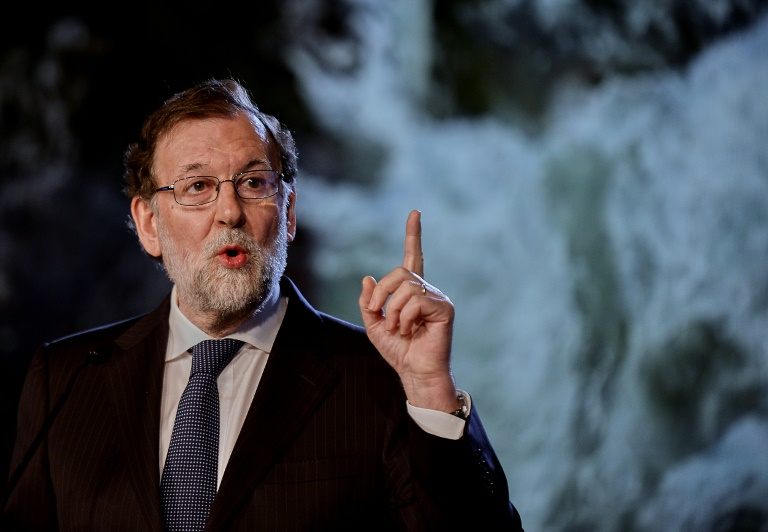 Spain vowed to bring to justice all those who committed crimes as members of former Basque separatist group ETA even as its formal dissolution was sealed on Friday with calls for reconciliation.

By disbanding, the group put a definitive end to western Europe's last armed insurgency following more than four decades of killings and kidnappings.

But the Spanish government reiterated its vow to pursue any outstanding cases against members of the group, which is blamed for more than 800 killings.

"There has not been and will not be any impunity. We owe them nothing and have nothing to thank them for."

"They were all murdered unjustly and cruelly," he said.

"We owe a homage to all of them -- to them, their families and the hundreds of Spaniards who survived the terrorist violence but who still suffer the consequences of that cruelty."

Mediators gathered in the French Basque country on Friday for a peace conference to mark ETA's dissolution.

In a closing statement, they said the move must lead to "reconciliation".

ETA's decision marks "a commitment to take part in the democratic process" within Spain's institutions, "which will require reconciliation," South African lawyer Brian Currin said at the conference in Cambo-les-Bains, southwestern France.

The Spanish government has refused to negotiate with ETA, which is classed as a terrorist organisation by the European Union.

ETA "will not get anything in return for announcing its dissolution," Rajoy said.

"There is no place in the European Union for terrorism, arms and guns," said European Commission spokesman Margaritis Schinas.

Northern Ireland's Gerry Adams, the former head of Sinn Fein -- once considered the political wing of the Irish Republican Army -- called on the Madrid government to cooperate.

"In my own view, there is a particular onus on governments, which are the more powerful actors in any conflict, to proactively engage and sustain the conditions for a peace process," he said in a speech at the conference.

He urged the Spanish government to move imprisoned ETA members closer to their families -- a long-standing demand by the separatists and their relatives.

"It would not be a sign of weakness," he said.

Jonathan Powell, a former chief of staff for British leader Tony Blair who helped broker a peace agreement in Northern Ireland, also urged all sides to seize the opportunity for reconciliation.

"Today is a day to celebrate and to look to the future," he said.

"It shows that dialogue can bring about peace and dialogue should be pursued everywhere where conflict exists."

On April 20, ETA asked forgiveness from its victims for the first time for the "pain" caused by its decades-long campaign of violence.

Victims' campaigners complained that the call for forgiveness did not extend to those the group considered legitimate targets, such as police officers and politicians.

"Our first thought must be for the victims, for all of them without exception, without distinctions," Rajoy said.