WORLD Spain warns will have to leave people behind in Afghanistan

Spain warns will have to leave people behind in Afghanistan

Spain will not be able to rescue all Afghans who served Spanish missions in Afghanistan because of the "dramatic" situation on the ground, Defence Minister Margarita Robles said Tuesday. 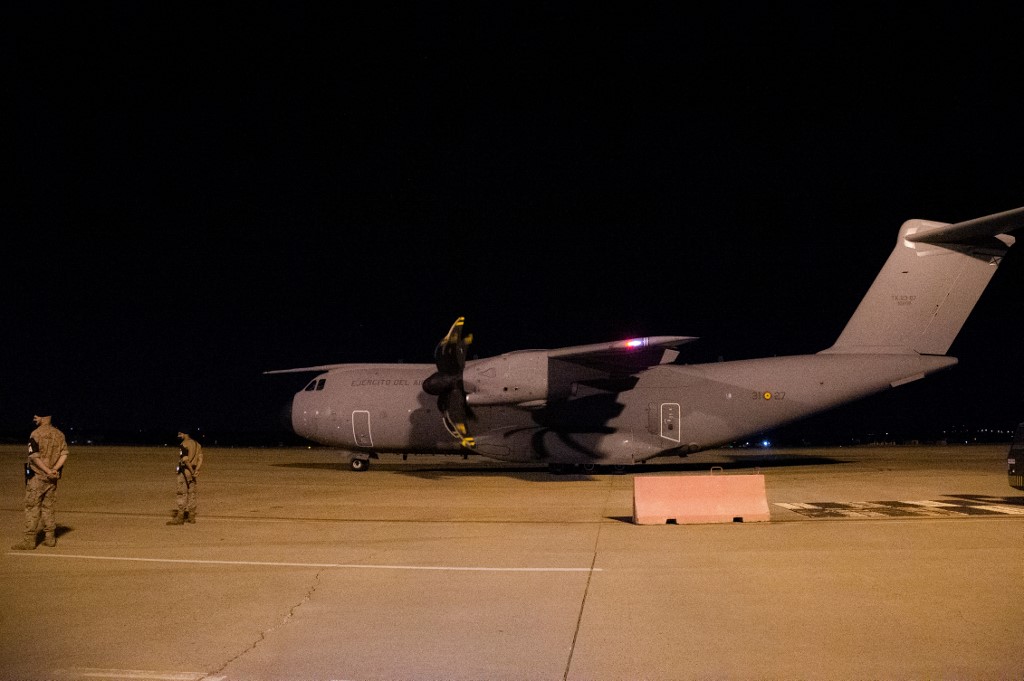 A first Spanish Air Force Airbus A400M carrying "just over 50 people" on board, Spaniards who still remained in Afghanistan as well as the Afghans and their families who collaborated with Spain, lands at the Torrejon de Ardoz air base, 30 km away from Madrid, early on August 19, 2021. (File photo: AFP)

"We will evacuate as many people as possible but there are people who will stay behind for reasons that do not depend on us, but on the situation there," she said during an interview with news radio Cadena Ser.