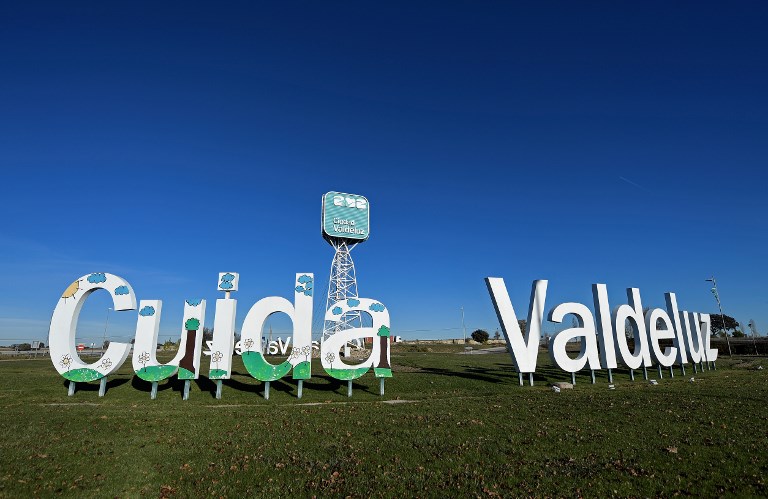 Picture shows the name of the residential area of Valdeluz in Yebes at the entrance of area on December 4, 2018. (Photo: AFP)

But buoyed by an economic recovery, some "ciudades fantasma", or "ghost towns", are gradually reviving, such as Valdeluz near Guadalajara, around 60 kilometres (40 miles) northeast of Madrid.

Valdeluz was designed as a dormitory town for 30,000 residents near a new station where high-speed trains linking the Spanish capital to the northeastern region of Catalonia stop, but the lead developer went bankrupt shortly after the crisis hit.

When Almudena Castillo moved in to a flat there 11 years ago, she said she had "a maximum of eight neighbours".

"There were days when I did not come across anyone," she recalled.

Valdeluz is now home to 4,000 people as banks have gradually sold apartments they reclaimed from bankrupt developers.

Spain's economic rebound, which began in 2014, and the fact that Valdeluz is located near an economic axis between Madrid and Guadalajara has helped breathe new life into the town, Jose Luis Ruiz Bartolome, the author of a book on the rise and fall of Spain's property market, told AFP.