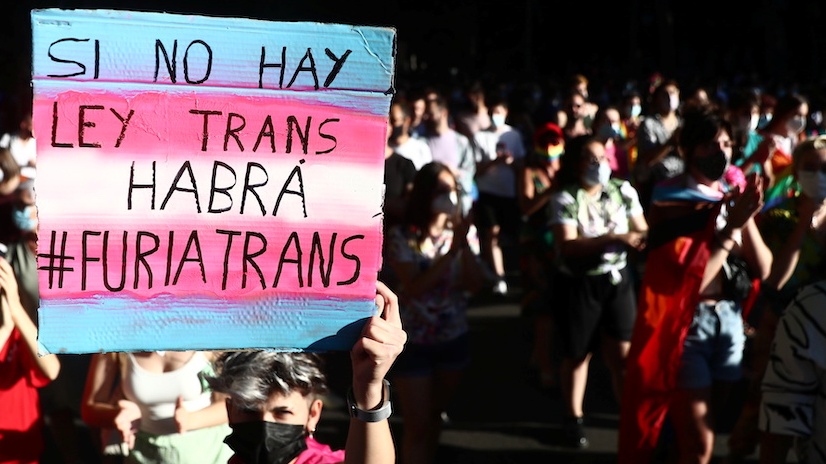 A protester holds a banner reading in Spanish, 'If there is no trans law there will be trans fury,' during a Pride Day march in Madrid. (Photo: Agencies)

The Spanish government has approved a bill to remove medical requirements on teenagers wanting to legally change their gender.

"We send a strong message for the protection of LGBTI people [with the legislation]," she said after the cabinet approved the bill to move forward.

It will now face public scrutiny before a vote in parliament.

'Safe to mix and match AZ and Pfizer vaccines'

Australia to phase out AstraZeneca vaccine

The bill proposes to remove the need for Spaniards as young as 14 to have a medical diagnosis or hormone therapy before legally changing gender. It would make the process much simpler, with paperwork filled in at a registry office and a follow-up appointment three months later to confirm the decision.

It will not remove the need for parental approval for 14 to 16-year-olds to do so.

Although the bill goes further than some adopted across other European nations, it doesn't go far enough for some.

"It's not true self-determination if there are age limits," Saida Garcia of Euforia, which supports transgender rights, told Reuters.

A collective of 50 feminist groups said it opposed the bill as "regressive," and added it would weaken "the specific rights against gender-based oppression."