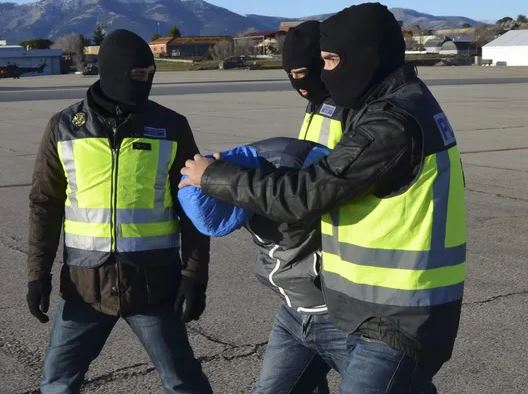 Moroccan authorities have confirmed that three of the suspected jihadists were detained in the Nador region in the northeast of Morocco, while the suspected head of the group was arrested in the Spanish city of Guadalajara, which is around 50 kilometers from the capital city of Madrid.

One of the detainees in Morocco is reported to have a brother currently fighting in Syria and the four are suspected of using social network sites to publish and distribute jihadist propaganda with the aim of recruiting new members for the IS.

The four men arrested are reported to be aged between 24 and 39 years. According to preliminary investigations, they held meetings to follow the situation in Syria and Iraq and to plan attacks of their own "in response to the repeated calls of the leaders of IS to look for targets in different countries."

The police operations, carried out simultaneously in Spain and Morocco "under the framework of cooperation between Moroccan and Spanish security services," also saw the seizure of computers, mobile telephones and written material.

According to the Moroccan Interior Ministry,13 suspected jihadist cells were dismantled in the country between the start of the year and the end of October.