Spanish Prime Minister Pedro Sanchez and Catalan leader Quim Torra expressed a commitment to dialogue on Thursday in a symbolic joint declaration to ease tensions in the protracted crisis over Catalonia's ambitions to split from Spain. 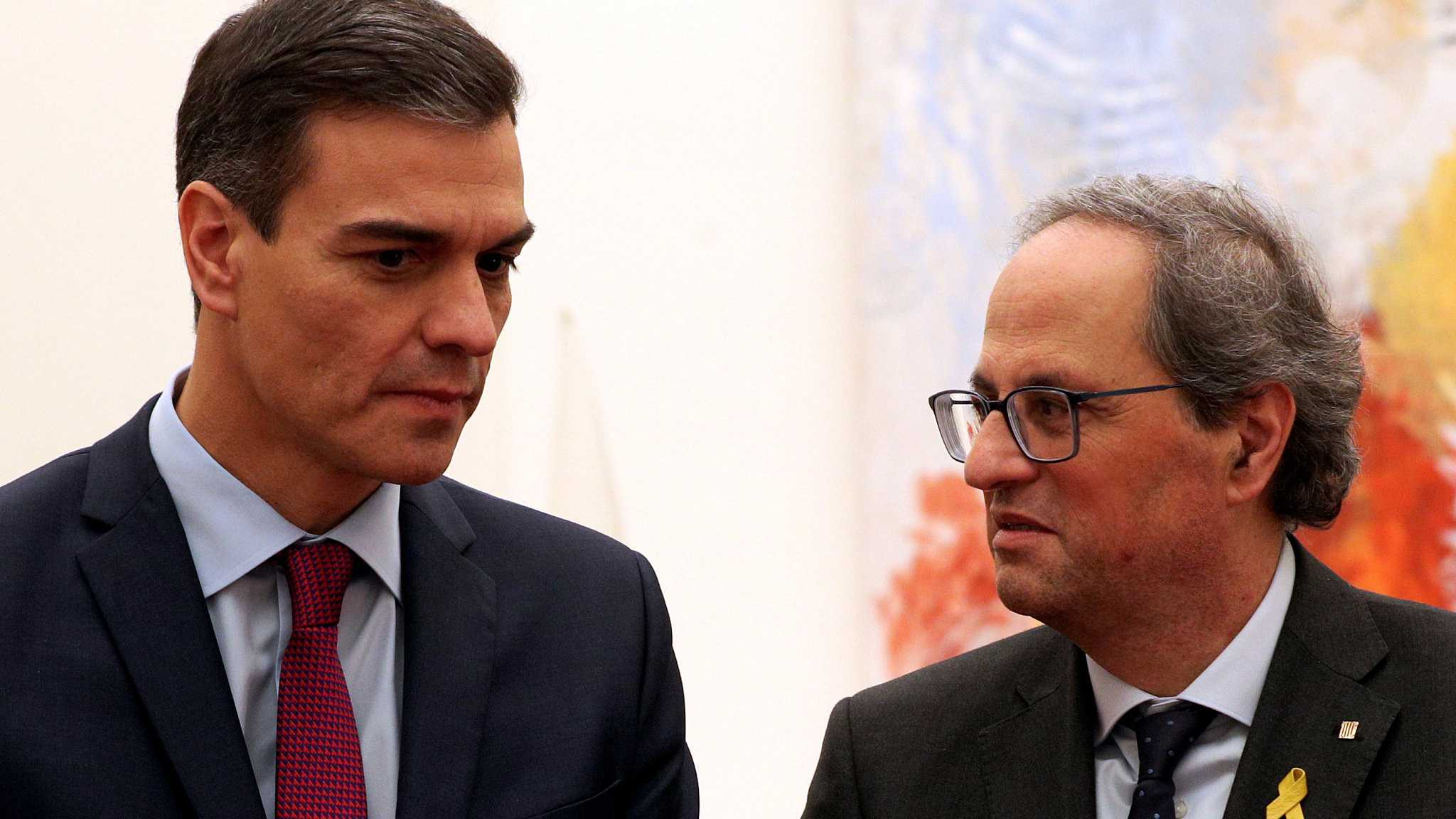 The statement indicates a turning point in the conflict between Madrid and the northeastern region, opening the door for a political solution to a dispute which reached its summit last year with its unilateral declaration of independence.

The meeting took place hours before a rare visit to Barcelona on Friday by the Spanish cabinet – an event which has led to protests being planned across Catalonia.

Sanchez and the pro-independence Torra agreed to keep working together, and Spain's vice-president Carmen Calvo and her regional counterpart Pere Aragones will meet again in January.

Earlier in the day, nine jailed Catalan separatist leaders called for large but peaceful protests, and four of them called off a hunger strike they had started in early December.

In signs of a cooling down in the conflict, Torra's party and other pro-independence groups also supported the government's broad plan for budget deficits in 2019 and 2020, which could bode well for the 2019 budget vote in January.

The meeting prompted criticism of the leaders by the center-right opposition People's Party and Ciudadanos, who accused Sanchez of "humiliation" and ask for Madrid to take control of the region again.

In October 2017, Catalonia unilaterally declared independence, prompting Madrid to intervene in the region and dismissing its parliament and arresting secessionist leaders.

But Sanchez, who came to power in June 2018, has been more open to dialogue with Catalonia, which has 7.5 million people and accounts for about a fifth of Spain's economy.