Spanish ship arrives in Italy to take in 15 rescued migrants

A Spanish navy patrol boat sent to Lampedusa to pick up 15 migrants from the charity rescue ship Open Arms arrived Friday off the southern Italian island, the Spanish government said.

The Audaz will pick up 15 migrants who arrived in Lampedusa on the Open Arms, Spain's quota of migrants agreed with France, Germany, Portugal and Luxembourg.

Lampedusa has long been a magnet for African migrants fleeing poverty and conflict.

It was not yet clear when the ship will begin its return trip as the 15 migrants still need to go through administrative procedures in Italy, Celaa added. 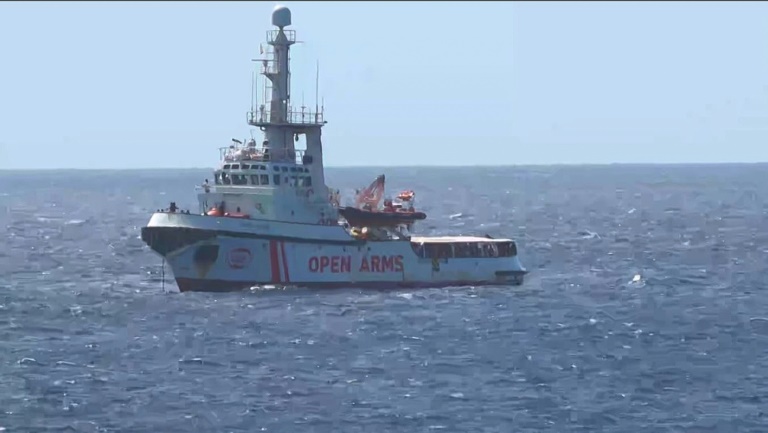 The Audaz will pick up 15 migrants who arrived in Lampedusa on the Open Arms. (Photo: AFP)

Madrid on Tuesday dispatched the Audaz to take all of the migrants who were aboard the Spanish vessel, stranded off Lampedusa for days because Rome refused to let them set foot on Italian soil.

But just a couple of hours later an Italian prosecutor ordered that the roughly 80 migrants still aboard the Open Arms be allowed to disembark, raising doubts over the mission of the Spanish navy boat.

The Spanish government then decided that the Audaz would continue its trip to Lampedusa to pick up the 15 migrants Madrid had agreed to take in.

Initially the Open Arms carried 147 mainly African migrants, but all the minors and some suffering health problems disembarked before the ship was finally allowed to dock.

Many of the migrants had spent 19 days aboard the ship after being picked up while trying to make the perilous voyage from Libya to Europe in small boats.