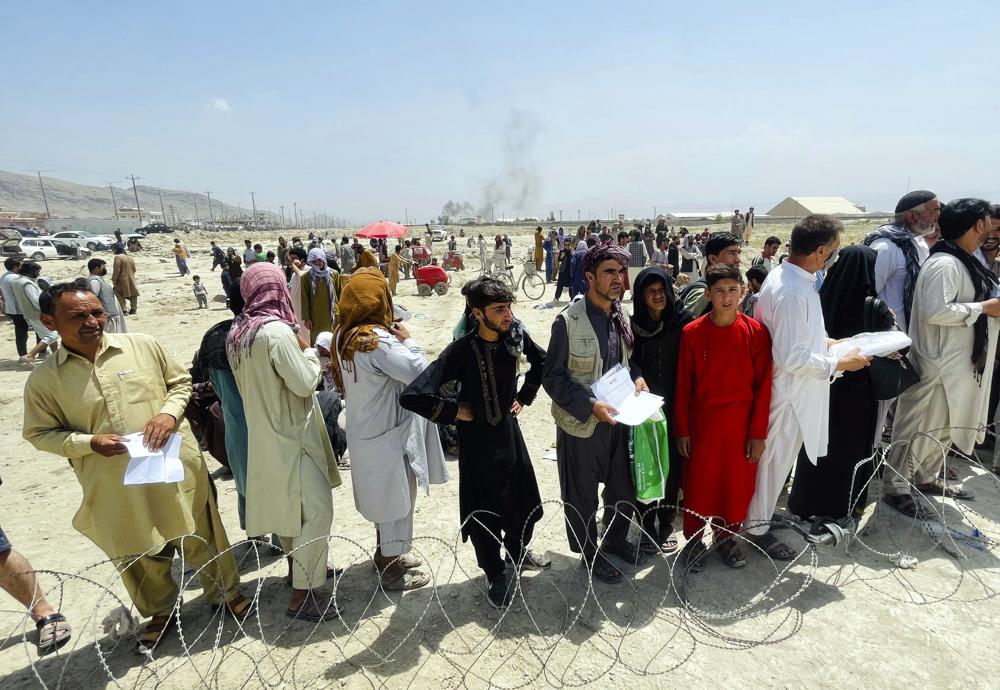 A Taliban spokesman has pledged to honor women’s rights, but within the norms of Islamic law.

Zabihullah Mujahid made the comment Tuesday at his first news conference.

His assertion that the Taliban would protect women’s rights comes after the Taliban’s earlier rule saw women’s lives and rights severely restricted.

Mujahid also said the Taliban wanted private media to “remain independent,” but stressed journalists “should not work against national values.”

Mujahid also stressed that Afghanistan would not allow itself to harbor anyone targeting other nations. That was a key demand in a deal the militants struck with the Trump administration in 2020 that led to the ultimate US withdraw under current President Joe Biden.

He promised the group would secure Afghanistan after they took over the country following a blitz that lasted over a week.

He said the Taliban sought no revenge and insisted that everyone had been pardoned by the Taliban, even if they worked with the former government or with foreign governments or forces.

“We assure you that nobody will go to their doors to ask why they helped,” he said.