Spokesmen for Italian PM, president both test positive for COVID-19

ROME, Oct. 25 (Xinhua) -- The spokesmen of Italian Prime Minister Giuseppe Conte and President Sergio Mattarella both revealed Sunday that they had tested positive for COVID-19. On the same day, the number of COVID-19 infections in Italy in a 24-hour span topped 20,000 for the first time. 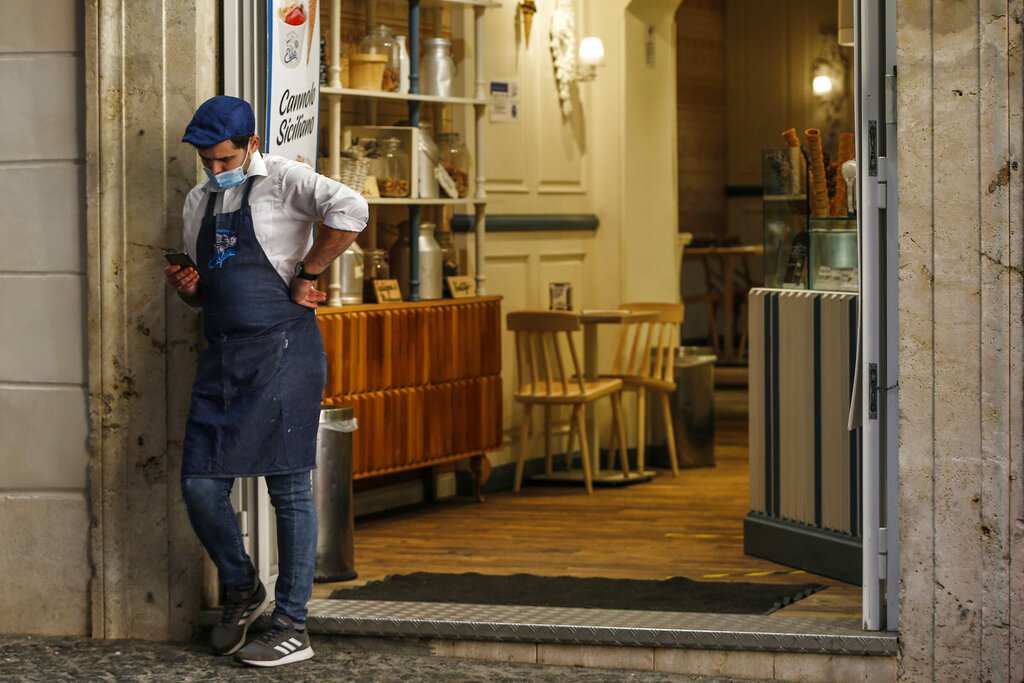 Casalino, 48, said he had not seen Prime Minister Conte in person since Tuesday, while Grasso, 58, said he has had no recent contact with President Mattarella.

Casalino said Sunday he discovered he was infected after a positive test late Saturday. He said he had previously tested negative on Wednesday, the day after he last saw Conte in person, adding that every time he always paid attention to health rules with the prime minister, including the use of face masks and social distancing.

Casalino said he was in self-isolation along with his partner, who had also tested positive for COVID-19, Italian media reports said.

Grasso said he was in self-isolation at home, away from his wife and son, who, according to media reports, are not infected by the virus.

Neither Conte nor Mattarella had made any official comment about the developments, and news reports said that having the two spokesmen under self-isolation would not have an impact on the schedules of the two leaders.

Xinhua confirmed the information about Casalino through a senior deputy in Conte's press office. Grasso announced the news of his infection via social media followed up by a phone call carried by Italian state broadcaster RAI.

On Sunday, the Ministry of Health also recorded 128 deaths from COVID-19, down from 151 a day earlier but still the third-highest total since May, with the top three all from the last four days.

The number of patients in intensive care units has risen dramatically in recent days, totaling 1,208 on Sunday, an increase of 80 compared to Saturday, and more than double the total of 586 recorded just ten days ago.

As the world is in the midst of the COVID-19 pandemic, countries across the globe -- including Italy, Germany, China, Russia, Britain and the U.S. -- are racing to find a vaccine.

According to the website of the World Health Organization, as of Oct. 19, there were 198 COVID-19 candidate vaccines being developed worldwide, and 44 of them were in clinical trials.