WORLD Sporadic violence in Delhi as death toll rises to 33

Sporadic violence in Delhi as death toll rises to 33 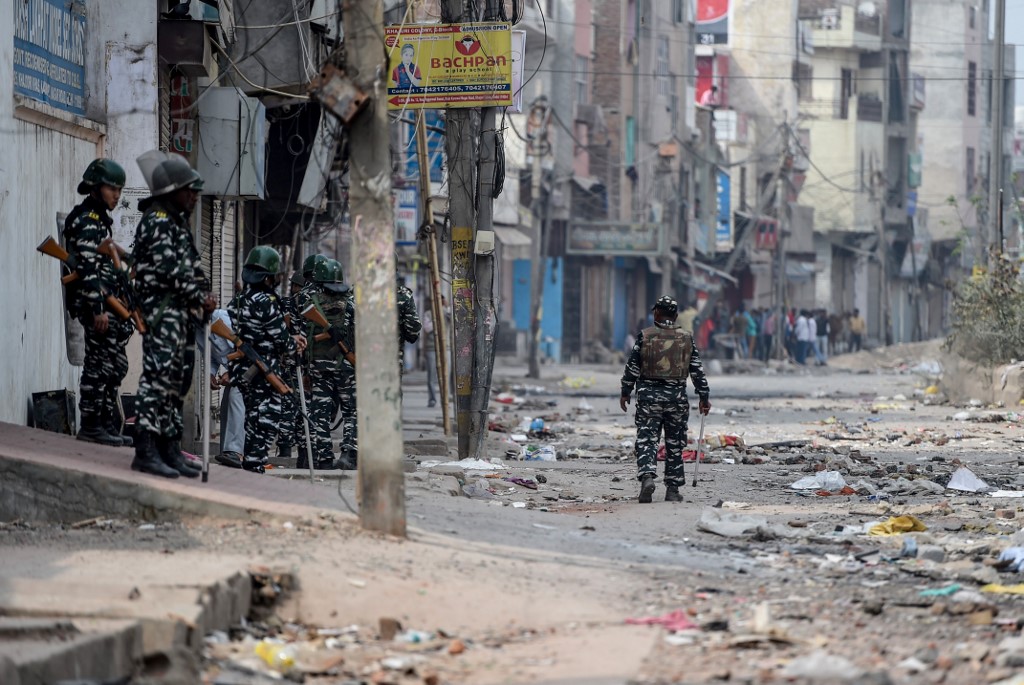 Thousands of riot police and paramilitaries patrolled the affected northeast fringes of the Indian capital of 20 million people, preventing any major eruptions however.

The unrest is the latest bout of violence over Prime Minister Narendra Modi's citizenship law, which triggered months of demonstrations that turned deadly in December.

"All of them (at the GTB) had gunshot injuries," Kumar told AFP.

The new fatalities -- up from 27 on Wednesday -- were all from the violence on Monday and Tuesday when mobs of Hindus and Muslims fought running battles.

Groups armed with swords and guns set fire to thousands of properties and vehicles.

More than 200 people were also injured.

According to a list from the GTB hospital seen by AFP, the victims are a roughly even mix of Hindus and Muslims, based on their names.

"In last three days 230 calls were received by the department from the region that included major incidents of arson," Garg told AFP.