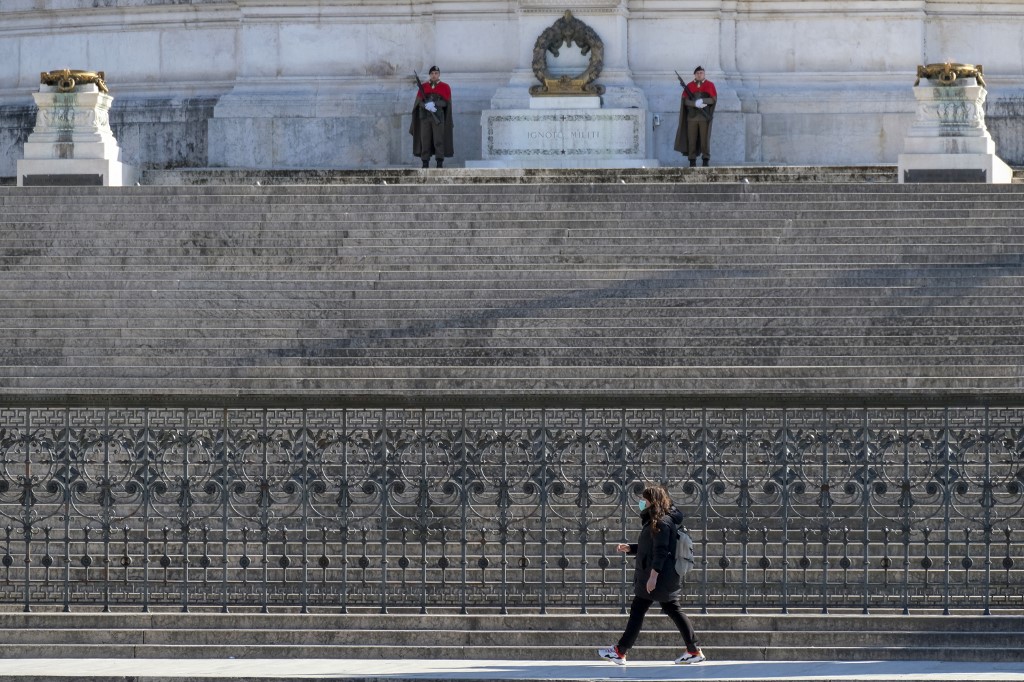 BRUSSELS, March 11 (Xinhua) -- The World Health Organization (WHO) on Wednesday characterized the COVID-19 outbreak as a "pandemic."

The Geneva-based WHO's assessment came as the coronavirus has infected more than 20,000 people across Europe, forcing European countries to impose more travel restrictions, among others, to contain the spread of the virus.

"We have therefore made the assessment that COVID-19 can be characterized as a pandemic," WHO Director-General Tedros Adhanom Ghebreyesus said at a press conference on Wednesday.

There are now more than 118,000 confirmed cases in 114 countries and regions, and 4,291 people have lost their lives, Tedros said.

He noted that the number of coronavirus cases, deaths, as well as affected countries, is expected to climb even higher in the days and weeks ahead.

Describing the situation as a pandemic does not change the WHO's assessment of the threat posed by the novel coronavirus, nor does it change what the WHO is doing and countries should do, Tedros said.

However, the WHO chief called on the international community to take urgent and aggressive action to contain the pandemic. "We have rung the alarm bell loud and clear," he said.

Four European countries -- Bulgaria, Albania, Ireland, and Belgium -- reported their first deaths from the COVID-19 on Wednesday, with the total number of infected cases in the four countries reaching seven, 12, 43, and 314 respectively, according to health authorities.

Denmark, the Netherlands and Finland saw their biggest daily jump of caseload on Wednesday. With 252, 121 and 21 new confirmed cases, respectively, in just one day, the total infections in the three countries rose to 514, 503 and 61.

In Italy, the hardest-hit country outside China, a total of 10,590 coronavirus infections were registered on Wednesday, up from 8,514 in the previous day, the Civil Protection Department stated.

In the day, 196 new fatalities were also recorded in Italy, bringing the death toll to 827 since the epidemic first appeared on Feb. 21. By far, Italy has reported a total of 12,462 accumulated COVID-19 cases.

France on Wednesday confirmed 2,281 coronavirus infection cases -- nearly 500 more than a day before, with 48 deaths and 105 patients hospitalized in intensive care.

In Spain, the total number of COVID-19 cases reached 2,181, of which 1,024 were in the Madrid region. The country has reported 49 coronavirus fatalities.

A growing number of European countries Wednesday introduced travel bans to and from a selection of virus-stricken countries, as well as compulsory self-quarantine of 14 days for those who had been there.

Malta's Prime Minister Robert Abela on Wednesday announced a travel ban to and from Germany, France, Spain and Switzerland, starting from midnight.

Flights to and from these countries will be canceled except for those carrying medicine and food or those repatriating people residing in Malta.

Anyone who has traveled to these countries -- plus those arriving from Italy -- in the past 14 days will have to spend 14 days in obligatory quarantine enforced by police with spot checks at different times. Violators will face a fine of 1,000 euros (1,130 U.S. dollars).

All BiH citizens returning from these areas, and all visitors from Germany, Spain, and France will go in a mandatory self-isolation of 14 days.

Albania Prime Minister Edi Rama announced similar measures on Wednesday. Police and military forces will set up roadblocks on the streets of the capital to check all cars, a move to identify anyone who has returned from Italy or Greece in the last 14 days.

Anyone who breaks the self-quarantine of 14 days -- a preventive measure already announced on Monday -- will get a fine of 5,000 euros (around 5,655 U.S. dollars) and will not be allowed to travel abroad without paying the fine.

The Spanish government said on Wednesday that it will ban all flights between Spain and Italy for two weeks.

In other developments, four main Vienna-based United Nations organizations have suspended, in principle, meetings and events with more than 100 participants in the Vienna International Centre (VIC), the building complex hosting the UN Office at Vienna, according to a press release of the UN Information Service (UNIS).