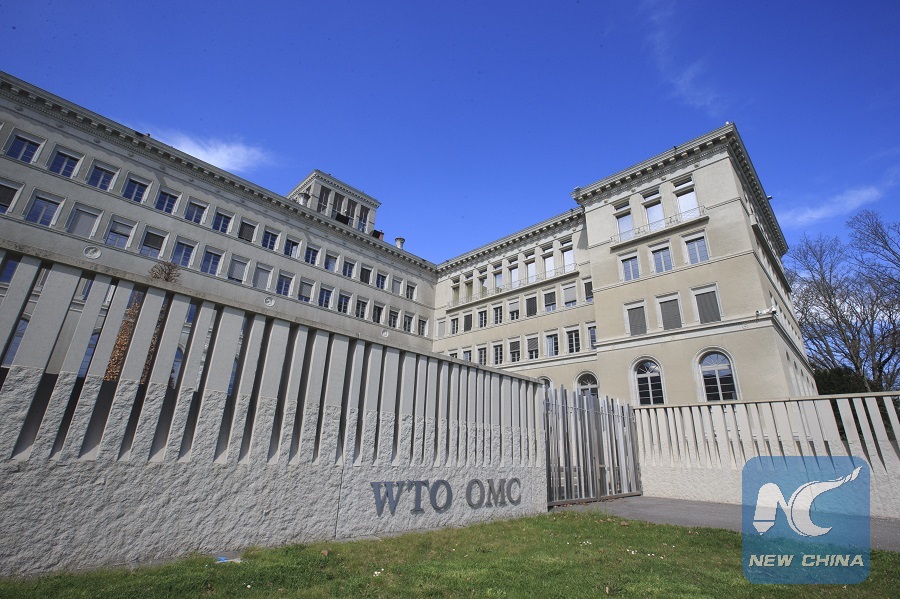 World Trade Organization (WTO) members on Friday again failed to agree on the initiation of the selection process to fill three vacancies on its Appellate Body.

That was after the United States repeated it could not accept the proposal, a Geneva-based trade official said.

At a meeting of the WTO's Dispute Settlement Body (DSB) on Friday, the United States said it could not accept a proposal backed by 67 members calling for the start of the selection process as soon as possible.

The matter now goes forward to the next DSB meeting on Aug. 27.

In a speech Friday made separately, for non-resident members and observers, WTO Director-General Roberto Azevedo said, "The dispute settlement function underpins the whole trading system, and so the problems here are, again, extremely serious and urgent."

He said that support for the WTO is needed, noting, "Tensions are running high. We are seeing the proliferation of trade-restrictive measures between members, with the announcement of new tariffs potentially covering many billions of dollars of trade."

Back in May, the Chinese Ambassador to the WTO Zhang Xiangchen had said in a meeting here that the United States is abusing decision-making at the organization by holding hostage the selection process of new members to the Appellate Body.

The Appellate Body functions as the WTO's de facto court of appeals and is composed of seven members.

However, only four of the seven members are in office since Washington has refused to initiate the process to fill vacancies.

At Friday's meeting, the Group of Latin American and Caribbean Countries of the WTO said in a document, "If this problem continues without being solved, it will imply, in the short term, practically the paralysis of the Appellate Body, putting the entire dispute settlement system at risk."

At the DSB meeting, Honduras said it was taking the initiative to put forward an informal paper aimed at fostering discussions among members regarding concerns with the functioning of the Appellate Body. The United States said it would examine the paper.

WTO Information Director and spokesperson Keith Rockwell told Xinhua, "We are seeing an intensification of members' engagement on a full range of activity from dispute settlement to agriculture to subsidies for fisheries and industry. We expect this to accelerate in the autumn."