COLOMBO, Aug. 26 (Xinhua) -- The Sri Lankan government has revised its export charges imposed on gems by the National Gem and Jewellery Authority (NGJA) and has allowed the online trading of gems, local media reported here Thursday. 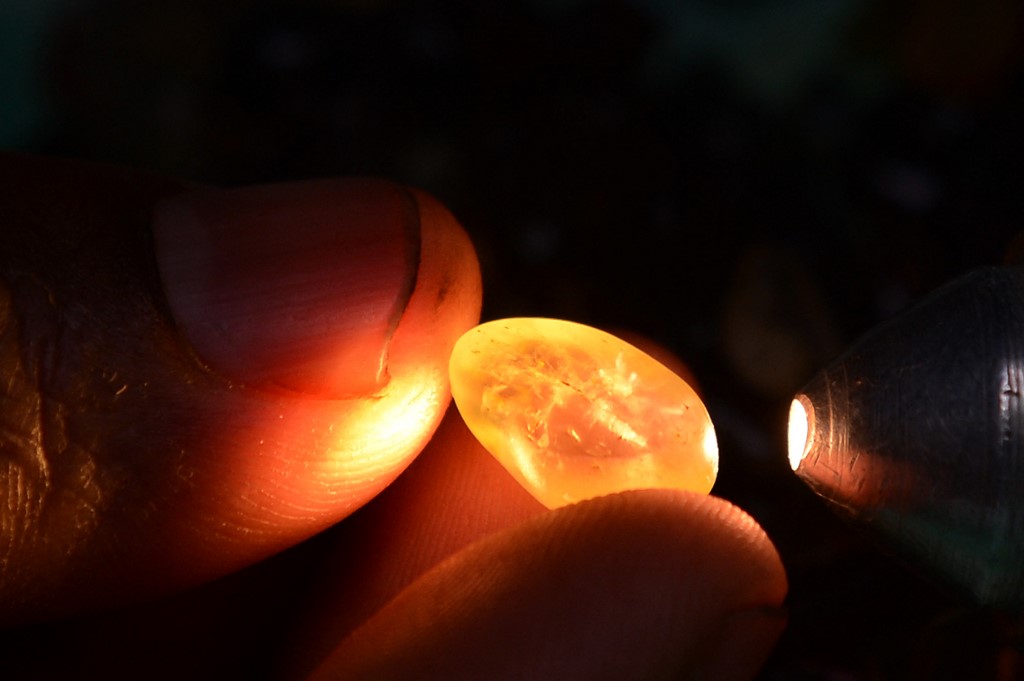 In this photograph taken on February 17, 2016, a Sri Lankan gem dealer uses a torch to examine precious stones for flaws in Ratnapura district, some 100 kilometres southeast of Colombo. (File photo: AFP)

The fee for gem and jewellery export consignments conducted online above the Free On Board value of 3,000 US dollars has been reduced to 0.25 percent of the FOB value of the invoice from 0.5 percent.

"The demand for gems in the international market has dropped significantly due to the COVID-19 pandemic. Therefore, the industry stakeholders have requested the National Gem and Jewellery Authority to provide relief for charges levied on gem exports and facilitate online gem exports," the Government Information Department said.