With more Chinese tourists flowing in, Sri Lanka looks forward to a strong tourism bounce-back as it ends a four-month long state of emergency that followed the Easter Sunday terrorist bombings and opens more airports to international traffic. 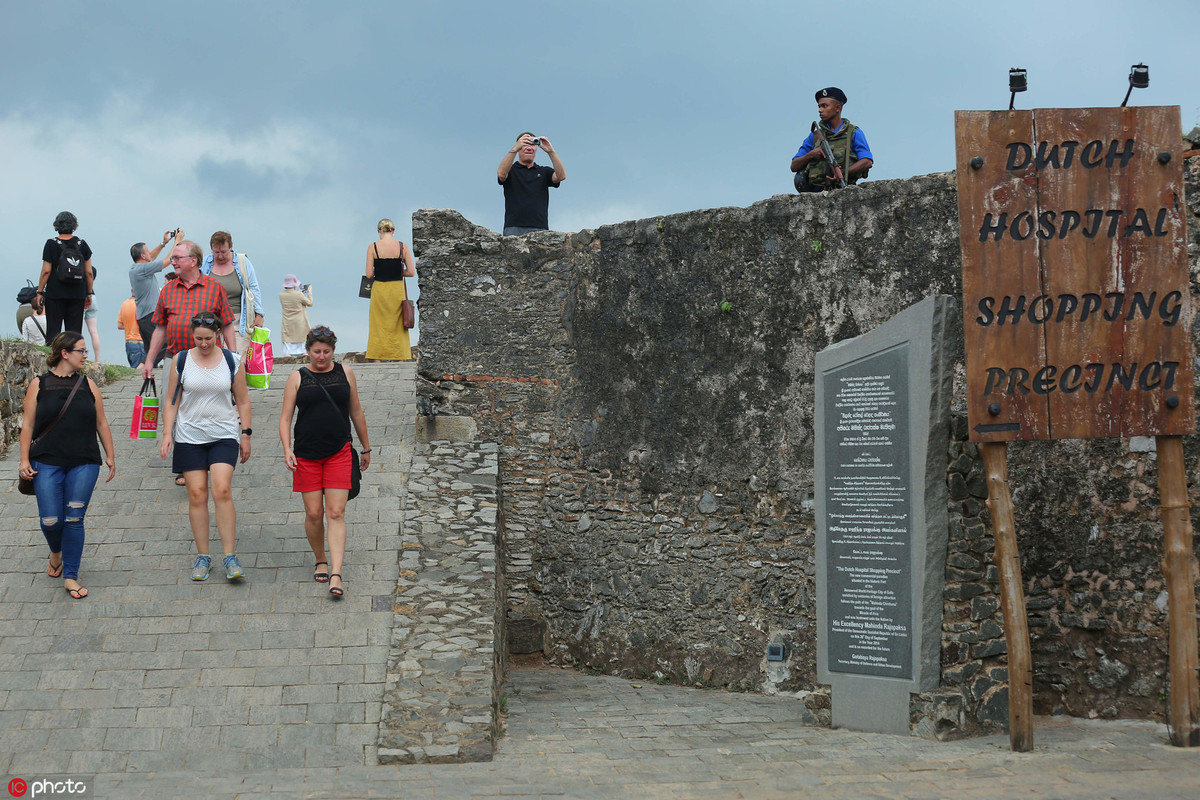 A soldier guards the galle fort and make it a safe place for the tourist in Galle, Sri Lanka, on April 25, 2019. (Photo: IC)

Tourist arrivals from China have already propped up a slow recovery, according to industry insiders. As China and other countries have relaxed their travel advisories, more tourists are expected during Sri Lanka's peak tourism season before and around the end of the year.

Sri Lankan President Maithripala Sirisena on Friday announced the end of the state of emergency. It began after the suicide blasts set by Islamists at three Christian churches and three luxury hotels on April 21. More than 250 people were killed. Police said more than 100 people are in custody over the attacks to date.

Tourism Development, Wildlife and Christian Religious Affairs Minister John Amaratunga on Saturday told Xinhua that ending the state of emergency sends a clear message to the world that Sri Lanka is safe for travel.

As the hardest hit sector of the island nation since April, tourism is witnessing a steady increase of tourist arrivals from China, according to Ms Randima Udunuwarage, Junior Manager of the Sri Lanka Tourism Development Authority.

"Out of the 1,008,449 tourists that arrived in the country by June, 97,560 were Chinese," she said. Therefore, the agency "has launched special programs in June and July to attract more Chinese tourists".

Vice-President of Sri Lanka Airport and Aviation Services Priyantha Kariyapperuma said all international flights from and to Sri Lanka are operating as usual.

He confirmed that the Ministry of Transport and Civil Aviation in Sri Lanka has issued a gazette notification allowing three more airports to accept international flights. Airports in Ratmalana, Palaly and Batticaloa join existing international airports in Katunayake and Mattala.

Unlike Westerners who are seasonal travelers, Chinese tourists travel in all seasons and as Sri Lanka is a tropical country with no seasonal impact, "it is important to attract more Chinese tourists," he said.

Dr Amila Kankanamge, consultant of South Asia Travel Awards, recalled a local phrase - spending like a "sudda" (foreigner), which is usually referred to spendthrifts who spend like wealthy Western tourists. Kankanamge said that the time has dawned to rephrase this to "spending like a Chinese" as more global wealth is circulating among the Chinese now.

Government figures show that tourism accounts for 4.9 percent of Sri Lanka's GDP. Around half a million Sri Lankans depend directly on tourism and two million indirectly.

The author, a freelance journalist for China Daily, is editor-in-chief of srilankamirror.com.