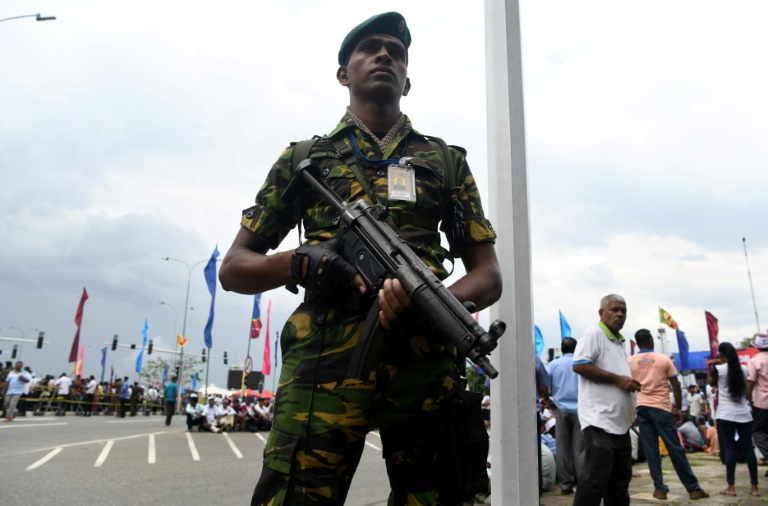 Sri Lanka's President Maithripala Sirisena on Friday dissolved parliament in a gamble that a new election will get backing for his preferred candidate as prime minister over an ousted premier who has refused to give up, a minister told AFP.

Sirisena signed a decree dismissing the island's 225-member assembly just hours after his party admitted it did not have enough votes to get support for former president Mahinda Rajapakse against rival claimant Ranil Wickremesinghe.

The two have been battling for the prime minister's post for two weeks as international concern grows over the mounting turmoil.

The minister, speaking on condition of anonymity, said the official notification would take effect from midnight Friday. Before signing the order, Sirisena inducted more ministers into the cabinet headed by Rajapakse.

"The election is likely to be held in early January," the minister said. Normally an election should not be held until 2020.

Sirisena sparked the crisis on October 26 by naming Rajapakse, the country's authoritarian president from 2005 until 2015, as prime minister after sacking Wickremesinghe.

Wickremesinghe has since refused to leave the premier's official residence while the president also suspended parliament to head off any revolt against his action.

In the latest twist in the crisis, Sirisena's United People's Freedom Alliance (UPFA) said ahead of the president's stunning announcement they were at least eight legislators short of getting a majority for Rajapakse in the assembly.

"At the moment we have 104 or 105 MPs," UPFA spokesman Keheliya Rambukwella told reporters, adding that the Sirisena-Rajapakse group hoped to secure support from "crossover" legislators.

Sirisena had said on Monday that he had the support of 113 legislators when he sacked Wickremesinghe. But the admission of a lack of a majority had fuelled speculation that Sirisena may sack the legislature and go for a snap election.

The leftist People's Liberation Front (JVP), which regards the sacking of Wickremesinghe as unconstitutional, accused Sirisena of trying to consolidate his power grab.

"Dissolving parliament at this time is illegal and goes against the constitution," JVP general secretary Tilvin Silva told reporters.

Sirisena suspended parliament to give himself more time to engineer defections, according to the opposition. Several legislators have said they were offered millions of dollars to switch allegiance and at least eight have already jumped to the president's side.

Wickremesinghe, who has not left the Temple Trees residence since his sacking, maintains that the action against him was unconstitutional and illegal, and insists his group can muster a majority.

According to an AFP count, he and his allies have 120 MPs while Rajapakse and Sirisena have 104. The speaker, the 225th member, is neutral.

Under pressure from the United Nations, United States and the European Union to allow a parliament vote, Sirisena agreed three times to lift the suspension but changed his mind each time.

The EU said Friday, before the dissolution, that the crisis had scarred the Indian Ocean island's international reputation.

The EU, in a joint statement with Norway and Switzerland, called for parliament to reconvene and hold an immediate vote.

Wickremesinghe late Thursday thanked his supporters and urged them not to give up in the showdown.

"In extraordinary numbers and with extraordinary courage you came out on to the streets, you spoke out," Wickremesinghe said in a video message posted on Facebook.

"You have not let this country be plunged into the darkness of dictatorship. For this inspiring effort, I want to thank everyone who has risen to fight for democracy and justice."

The power struggle on the island of 21 million people has paralysed much of the administration, according to legislators on both sides of the dispute.