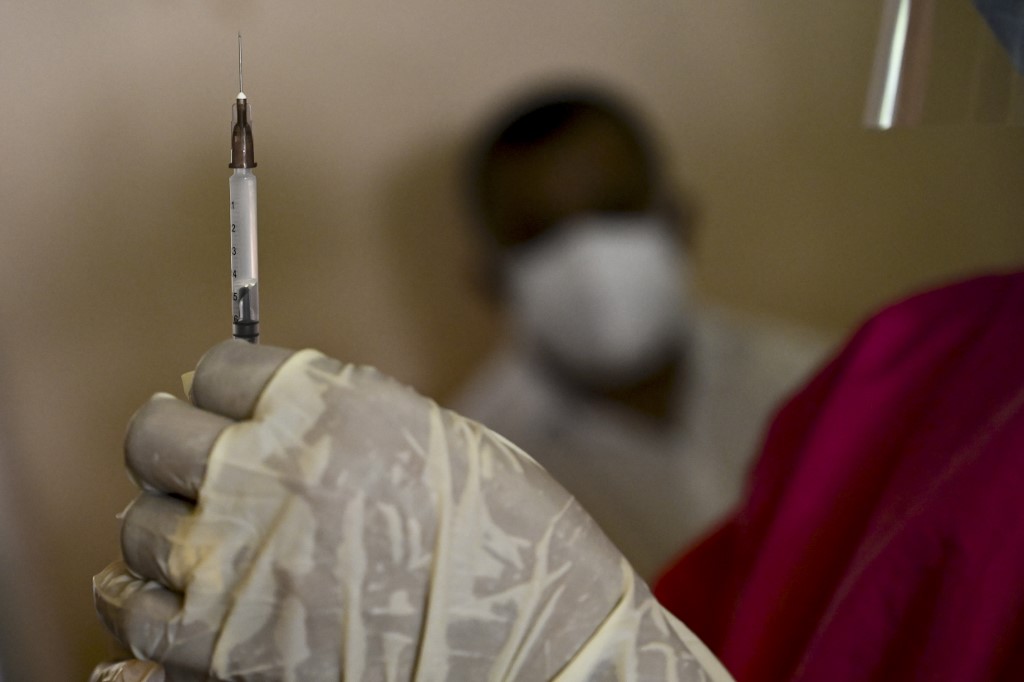 A health worker prepares to inoculate a man with a dose of the Chinese-made Sinopharm COVID-19 vaccine in Panadura, a suburb of Sri Lanka's capital Colombo on May 8, 2021. (File photo: AFP)

According to official statistics, 125,906 cases have been detected to date since the first local case reported in March last year, out of which 104,463 patients had recovered and been discharged from hospitals.

So far, 801 deaths have been reported from the virus in the country.

Official statistics showed that during the month of May alone, 17,760 new cases had been detected across Sri Lanka due to the spread of a new mutated version of the coronavirus, which had mostly infected youngsters seeking critical care, health officials said.

Hospitals and Intensive Care Units were filled to the maximum with the rising number of patients.

Army Commander Shavendra Silva said last week that the army would assist in setting up more treatment centers in the affected areas which would add a 10,000 hospital bed capacity.

Authorities quoted in local media reports said late on Sunday that essential services across the country had been told to be on alert with minimum staff if more areas come under isolation, or if a partial lockdown is to be imposed to prevent a further spread of the virus.

Schools nationwide have been closed and offices have been told to operate on minimum staff while a work from home policy is in place.